Great gouts of steaming magma on a beeline for the orphanage! Sam & Max Save the World is getting a physical release!

Limited Run will make these available in an open preorder from April 30 through May 30. Visit their store for more details: https://limitedrungames.com/collections/sam-and-max

About Sam & Max
Individually Sam & Max are a six-foot dog in a suit (Sam) and a naked hyperkinetic rabbity-thing (Max) with sharp wit, big guns, and their own unique way of fighting crime. Collectively they are the Freelance Police, stars of award-winning comics by Steve Purcell, a 1990s LucasArts adventure game, a short-lived Canadian TV show, an upcoming VR game, and three episodic seasons released by Telltale Games between 2006 and 2010. Skunkape’s remastered version of the first of these, Sam & Max Save the World, released for PC and Nintendo Switch in December. 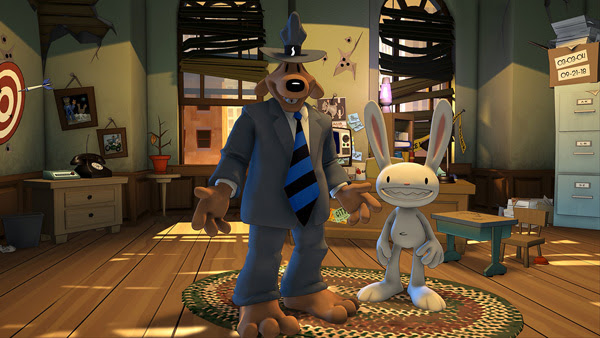 In Sam & Max Save the World (a.k.a. Sam & Max Season One), the duo investigate a hypnosis plot that spins to global proportions in six linked cases that originally released as downloadable monthly episodes. The remaster features overhauled lighting, lip-sync, audio, cinematography, and more to bring a 15-year-old game up to modern standards. 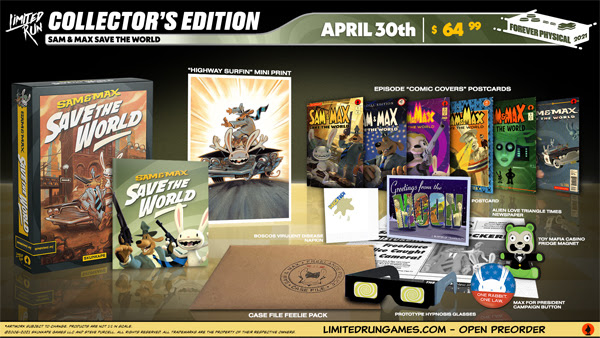 The Collector’s Editions will also include an updated recreation of the Sam & Max Season One Case File, which was available in very limited quantities when Sam & Max Season One originally released in 2007. You can learn more about the Case File and its history here: https://skunkapegames.com/samandmax/casefile