With a hit Netflix Original Series Locke & Key adaptation produced by IDW Entertainment heading into its second season and anticipation building with recent casting developments for Netflix’s upcoming The Sandman, there’s never been a better time for these brilliant comic book universes to collide, and IDW is proud to debut the opening scene of this mature-themed miniseries for all the world to enjoy.

“Without Sandman, I don’t know if there ever would’ve been a Locke & Key,” says Hill. “Neil Gaiman’s stories taught Gabriel and me how to tell ours. The Sandman series is to comics what J.R.R. Tolkien’s Lord of the Rings was to fantasy and maybe what Sgt. Pepper’s Lonely Hearts Club Band was to rock & roll: it’s the Alpha & Omega of dark fantasy in this format. Neil dreamt up all the best toys, and what a thrill it’s been to play with them. Maybe the biggest surprise is how well, how naturally, these series lace together. It’s like they’ve always been waiting for each other.”

Rodríguez adds, “An idea we started discussing with Joe as a joke became a Dream once and now the stars aligned to lend us the Key to open the gate to a story that means so much to us! Both Joe and myself fell in love deeper than ever with comics thanks to a generation of genius creators guided by editor Karen Berger in DC’s Vertigo line. They brought to the medium a breath of insane, mind-bending fresh air rarely seen before. Morpheus’ saga is directly responsible for inspiring the foundation of Keyhouse, the crafting of the magic keys, and the family saga of Locke & Key. To have these universes weave together in a multi-dimensional, gut-wrenching, and heartbreaking adventure is indeed a Dream UnLocked.”

Hell & Gone #1 follows a desperate Mary Locke, whose brother Jack may be 10 years dead but still sends letters home from Hell. Her quest to rescue him from The Pit will require her to outsmart Roderick Burgess (the most wicked man in England), puzzle her way through the House of Mystery, and risk the walking nightmare known as The Corinthian in a disintegrating Kingdom of Dreams!

“Every time a new page comes in, it drives home the point that this series is a real thing and not just a dream,” says series editor Chris Ryall. “And in the hands of Joe and Gabriel, what an amazing dream-like treat this is going to be for both series’ legions of fans.”

Nachie Marsham, IDW Publisher, says, “Infinitely imaginative and flawlessly executed, the continuing tales of Locke & Key serve as an inspiration for all of us, teaching us lessons anew about the power of visual storytelling. In crossing over with The Sandman Universe, we find a seamless harmony of vision, themes, and aesthetic. Joe and Gabriel have created another masterpiece.”

Locke & Key / The Sandman Universe: Hell & Gone #1 will be available with multiple cover variants for retailers and fans to enjoy, including Cover A by Gabriel Rodríguez, Cover B by JH Williams III (Batwoman, The Sandman: Overture), Cover C by Kelley Jones (Batman, The Sandman), and two Retailer Incentive editions featuring art by Rodríguez and Williams, respectively.

For information on how to purchase Locke & Key / The Sandman Universe comic books, please contact your local comic shop or visit www.comicshoplocator.com to find a store near you. 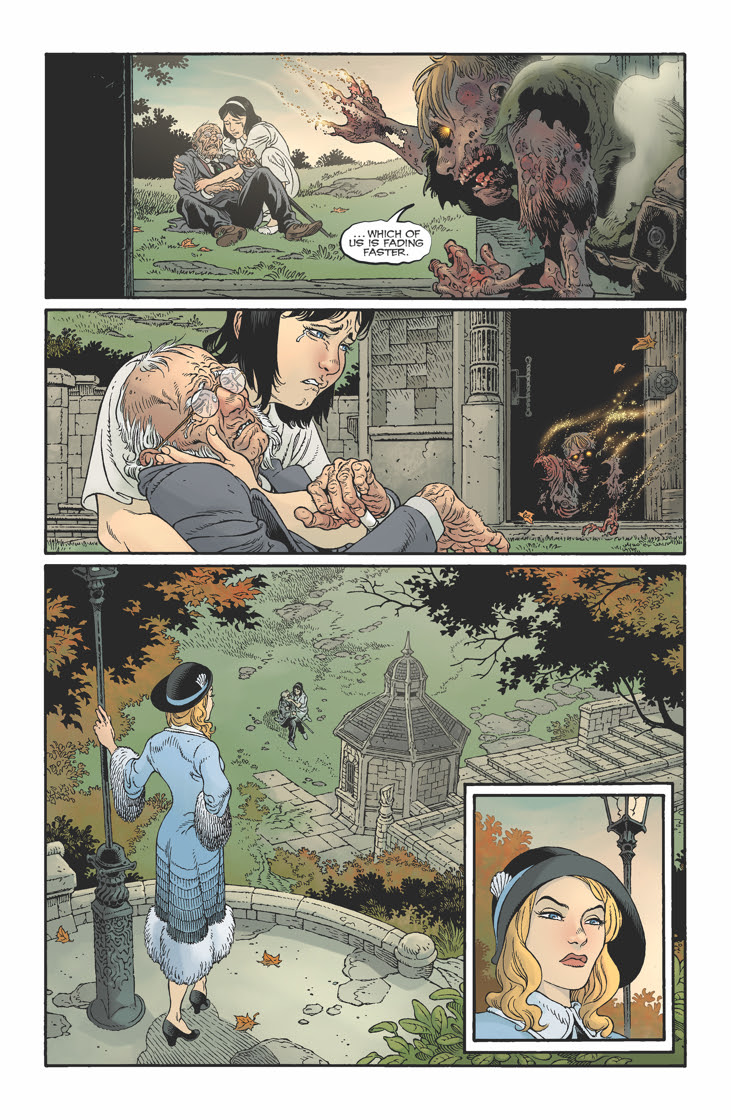