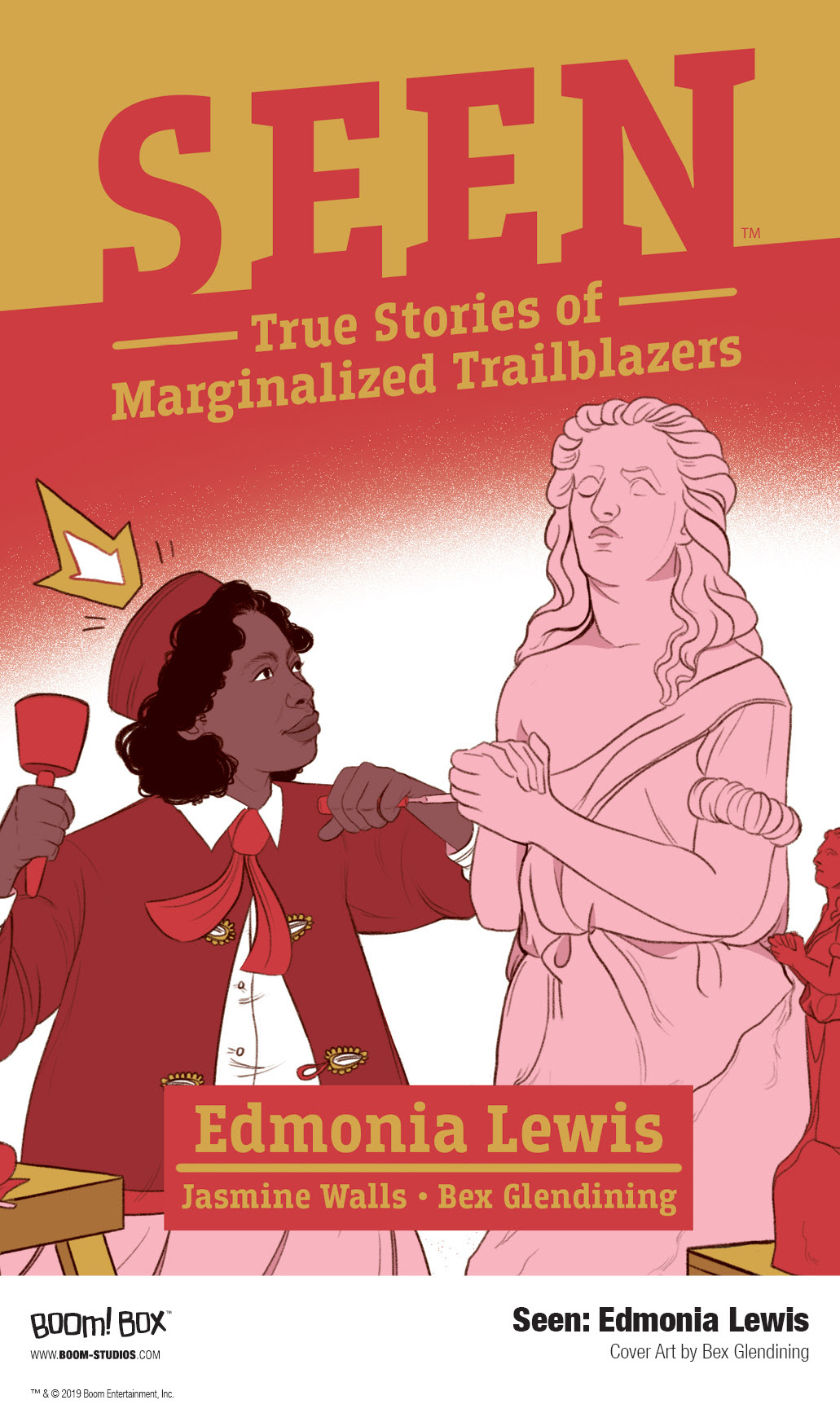 LOS ANGELES, CA (June 24, 2020) – BOOM! Studios today revealed a first look at SEEN: TRUE STORIES OF MARGINALIZED TRAILBLAZERS: EDMONIA LEWIS, the first in an all-new original graphic novel series debuting in September 2020 from a group of acclaimed comics creators, including Jasmine Walls, Bex Glendining, Birdie Willis, Rii Abrego, Anthony Oliveira, and Killian Ng. This brand new graphic novel series illuminates the triumphs and struggles of important historical figures who aren’t found in traditional textbooks, but deserve to be remembered for their contributions to humanity and their inarguable strength and courage in the face of impossible odds.

SEEN: TRUE STORIES OF MARGINALIZED TRAILBLAZERS will be published through the company’s award-winning BOOM! Box imprint, with each original graphic novel spotlighting a different trailblazer who changed the course of history. In this new series, you’ll find the stories of the real groundbreakers who impacted our world for the better. They’re the heroes— the inventors, the artists, the activists, and more—whose stories you won’t want to miss.

In the first graphic novel of the series, SEEN: EDMONIA LEWIS, writer Jasmine Walls and artist Bex Glendining present the true story of Edmonia Lewis, the woman who changed America during the Civil War by becoming the first sculptor of African-American and Native American heritage to earn international acclaim.

Print copies of SEEN: EDMONIA LEWIS will be available for sale on September 23, 2020 at local comic book shops (use comicshoplocator.com to find the nearest one),  September 29, 2020 at bookstores or at the BOOM! Studios webstore. Digital copies can be purchased from content providers, including comiXology, iBooks, Google Play, and Madefire. The SEEN series will continue with SEEN: RACHEL CARSON from writer Birdie Willis and artist Rii Abrego, available in December 2020.

For continuing news on SEEN: TRUE STORIES OF MARGINALIZED TRAILBLAZERS and more from BOOM!, stay tuned to boom-studios.com and follow @boomstudios on Twitter. 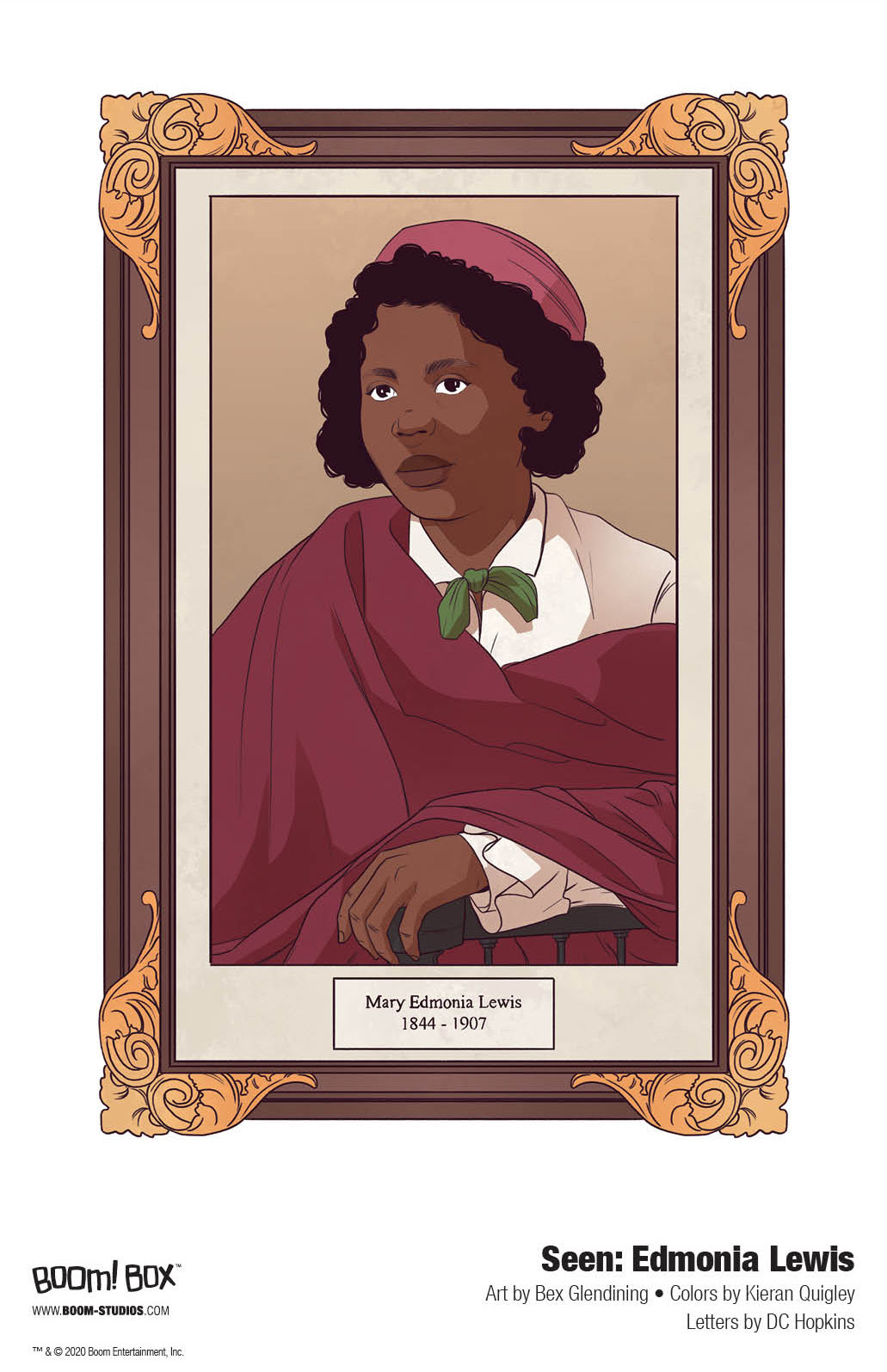 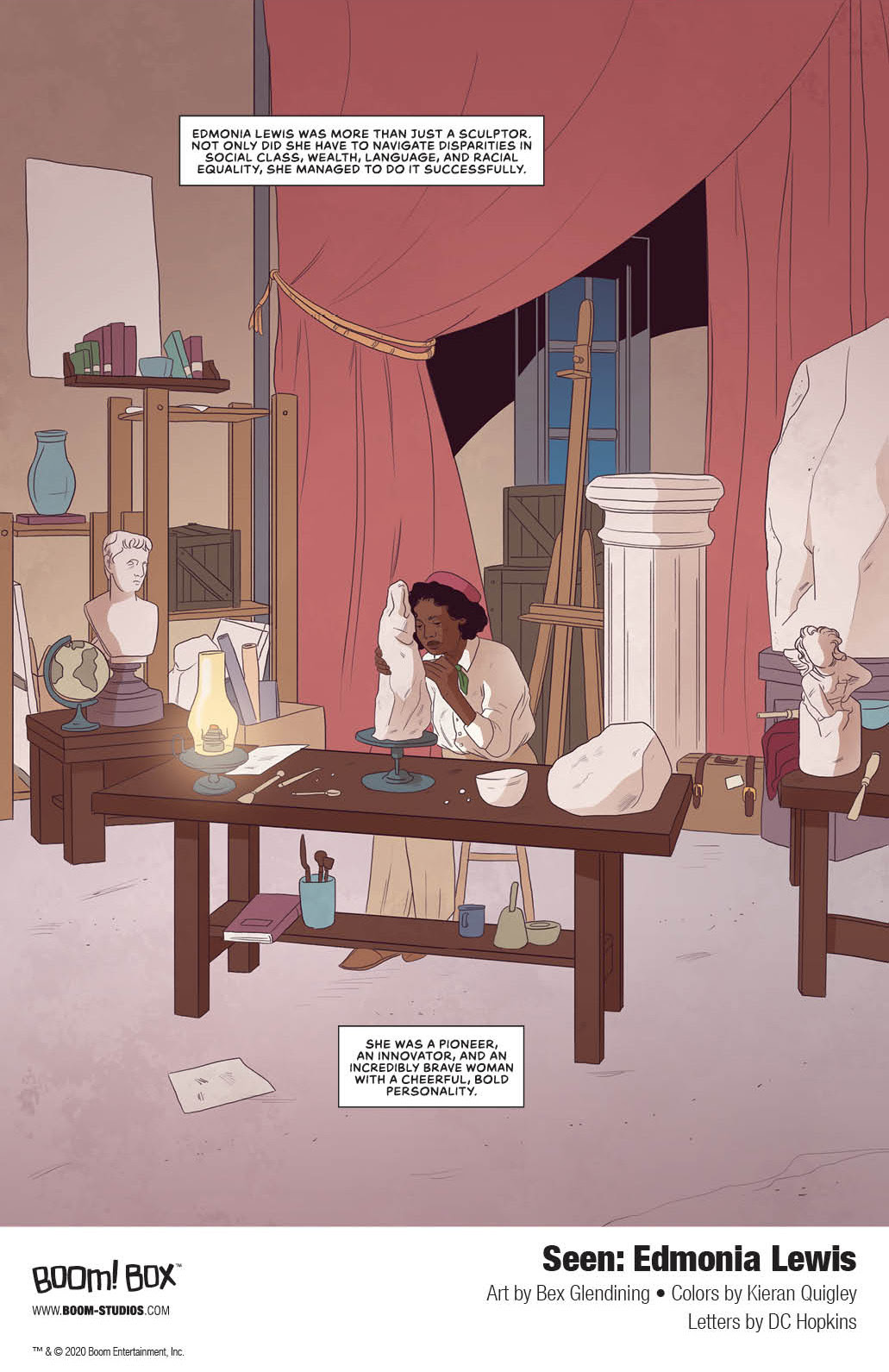 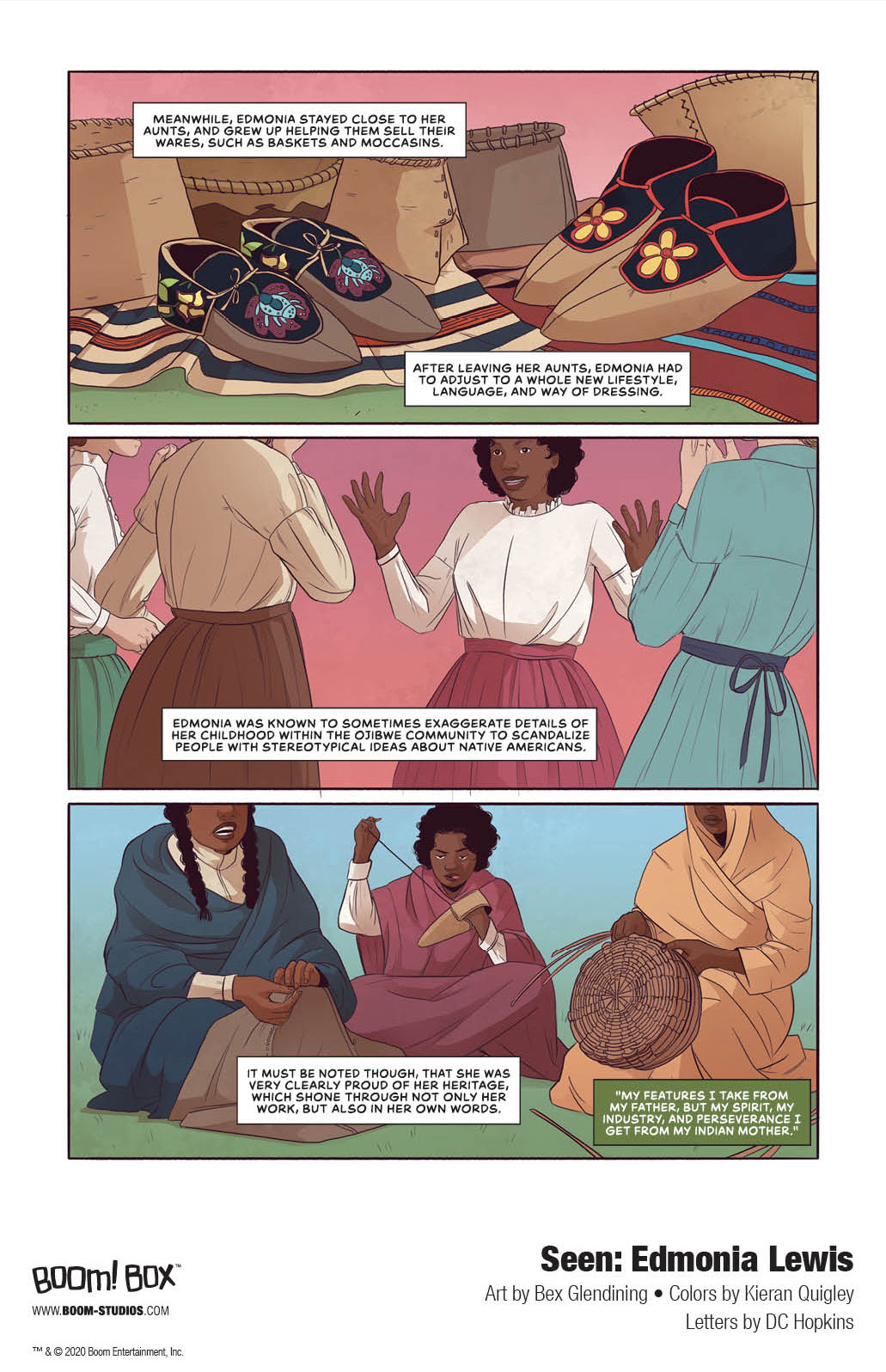 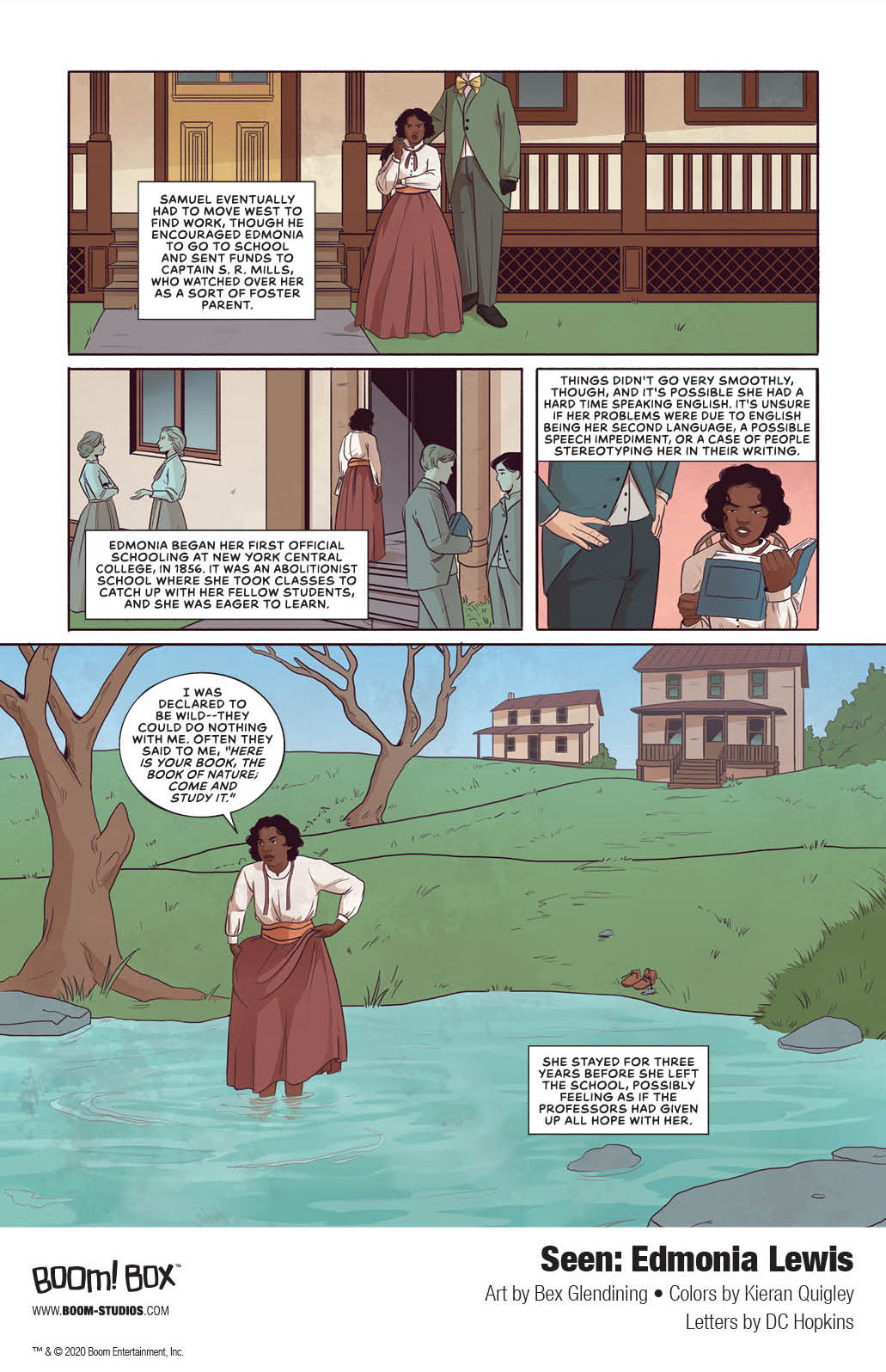 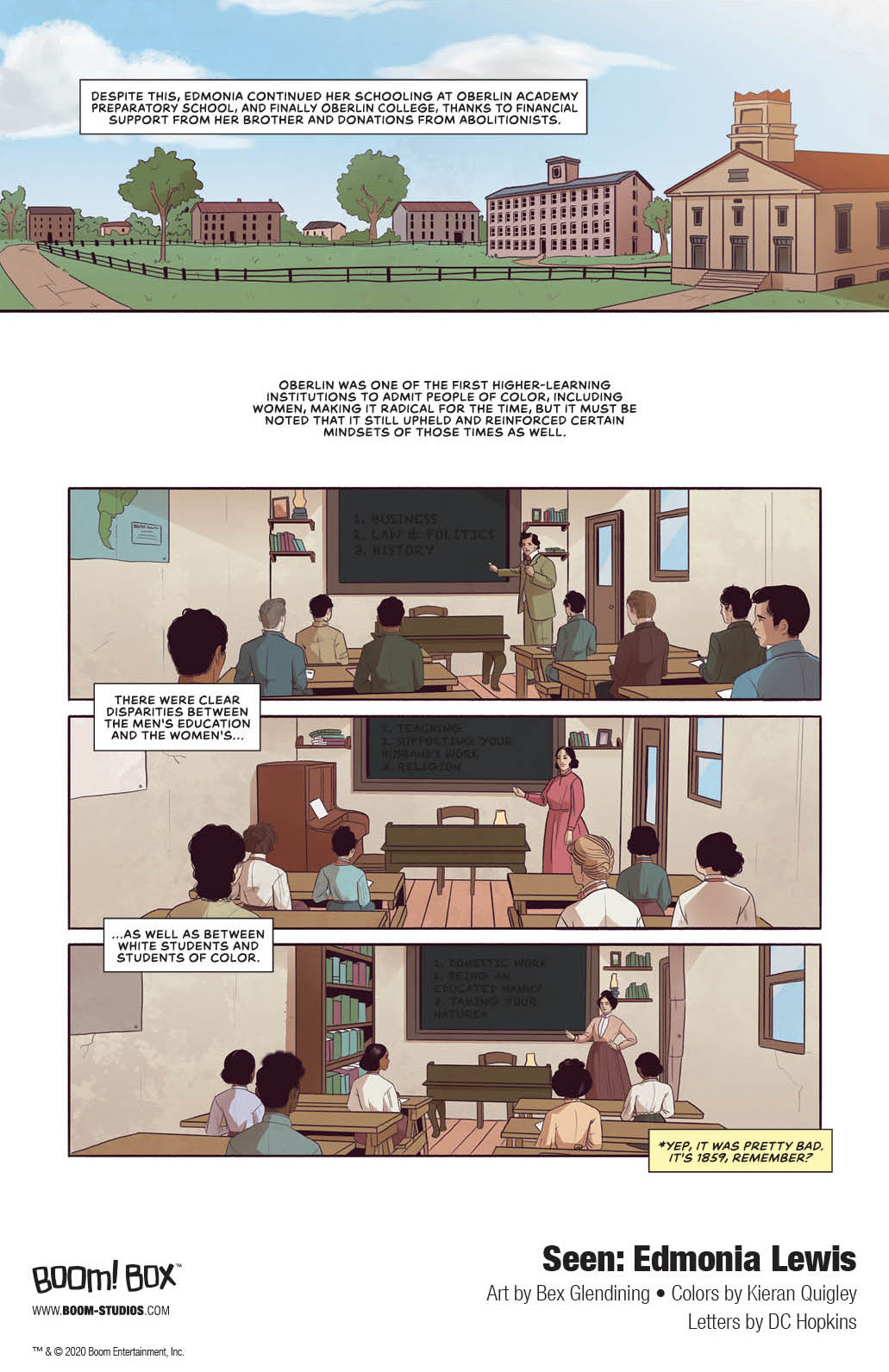 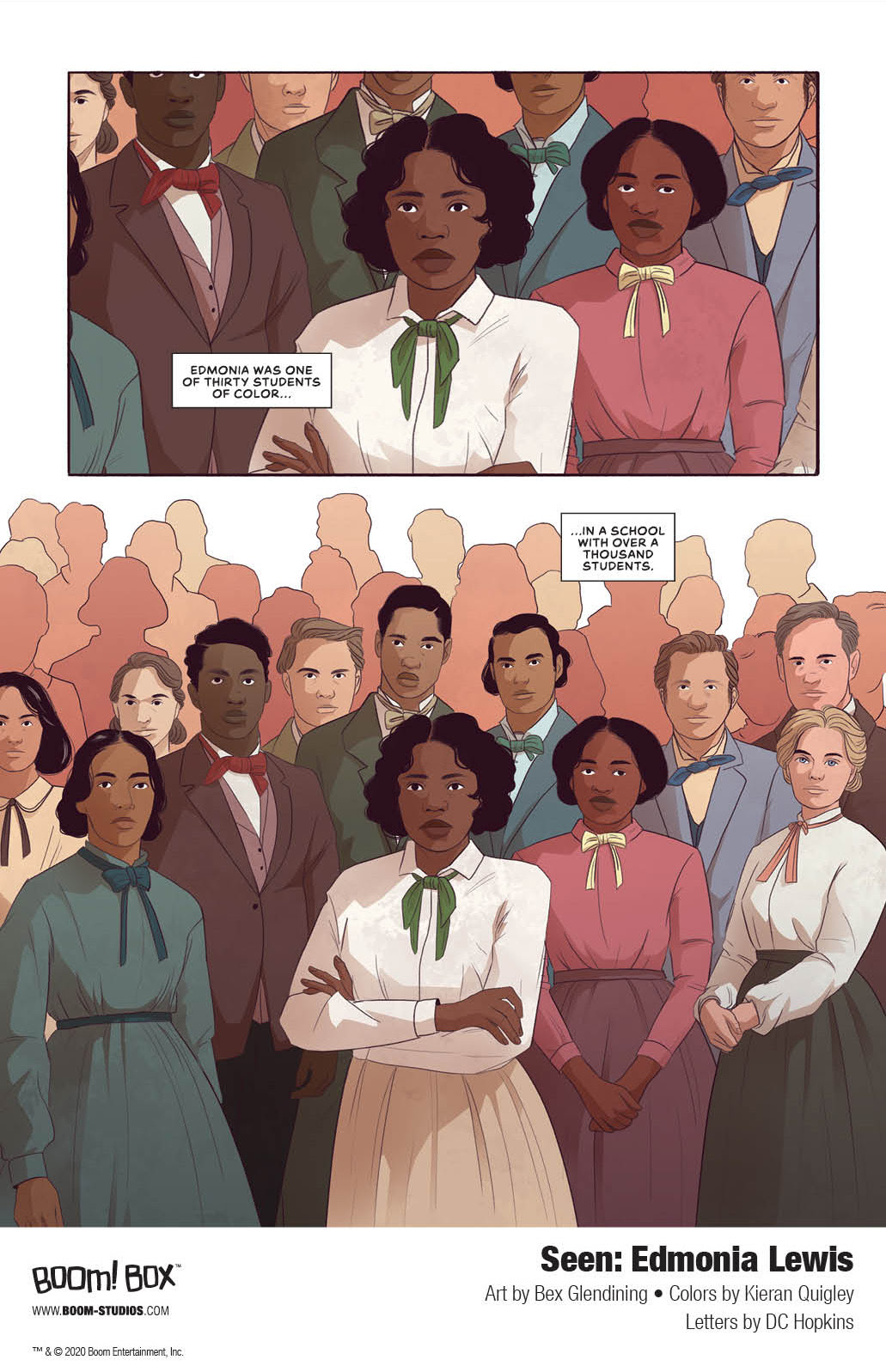