SUMMER IN MARA – A Review 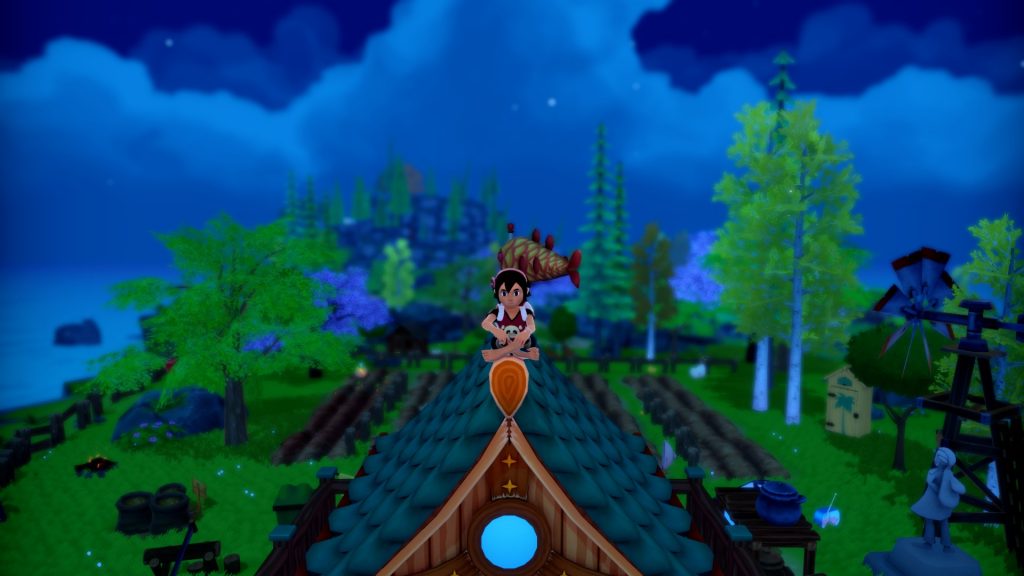 Becoming Koa in Chibig’s SUMMER IN MARA is an experience of quiet and epic in the same breath. The world map is small and yet feels very big as you explore. Which is a major part of the fun, exploring and exploring to discover. The game does no hand holding. At times you might not be sure where to go next but as long as you pay attention to your available quests everything will move along at a pleasant pace of fetch quest, build, and learn.

One thing to keep in mind is the game is zen like and therefore super addicting. The art is tantalizing. The story refreshing and while at times predictable and padded to make the game even longer than it truly is, it somehow doesn’t seem completely boring.

I had waited on finishing this review in a goal to give a full picture of how excellent the experience is, unfortunately I have hit a major snag. My game summer a major bug right at what seems would’ve been the conclusion. I am now stuck on an island without a boat and no way to fix it as the game auto saves but gives no save slots.

I also wanted to hold off criticizing one major thing hoping maybe I was wrong and the game would be helping that. Fishing is impossible. You are tasked with fishing certain sealife to complete tasks and capturing those creatures in Summer in Mara’s mechanics is impossible. I played the game with Xbox-One controller for PC, so it was not in my system. It was the game. Everything else was easy, so why would FISHING be harder? Possibly a better fishing pole was coming up after what felt like the final mission so one could “100 %” complete but what if there wasn’t?

I am contacting the developer after this post concerning my fatal bug, but to sit on my review till then would be disingenuous to the game.

I still highly recommend it even as it stands for the art, sounds, and zen like quality. Maybe you’ll get lucky and not hit a major bug as I have.

SUMMER IN MARA is available NOW on Steam and Nintendo Switch.

(A thing to make note of is that Chbig has actually been working to make this game a version they loved for awhile.  It is a continually updated version of an iOS game they made Tiny Planet.  They followed this up with Ankora and then their first console/pc game Deiland. That game used many of the same mechanics that Summer in Mara used, although Summer streamlines that game, gets rids of combat and has more refined graphics and a stronger story and art style.)