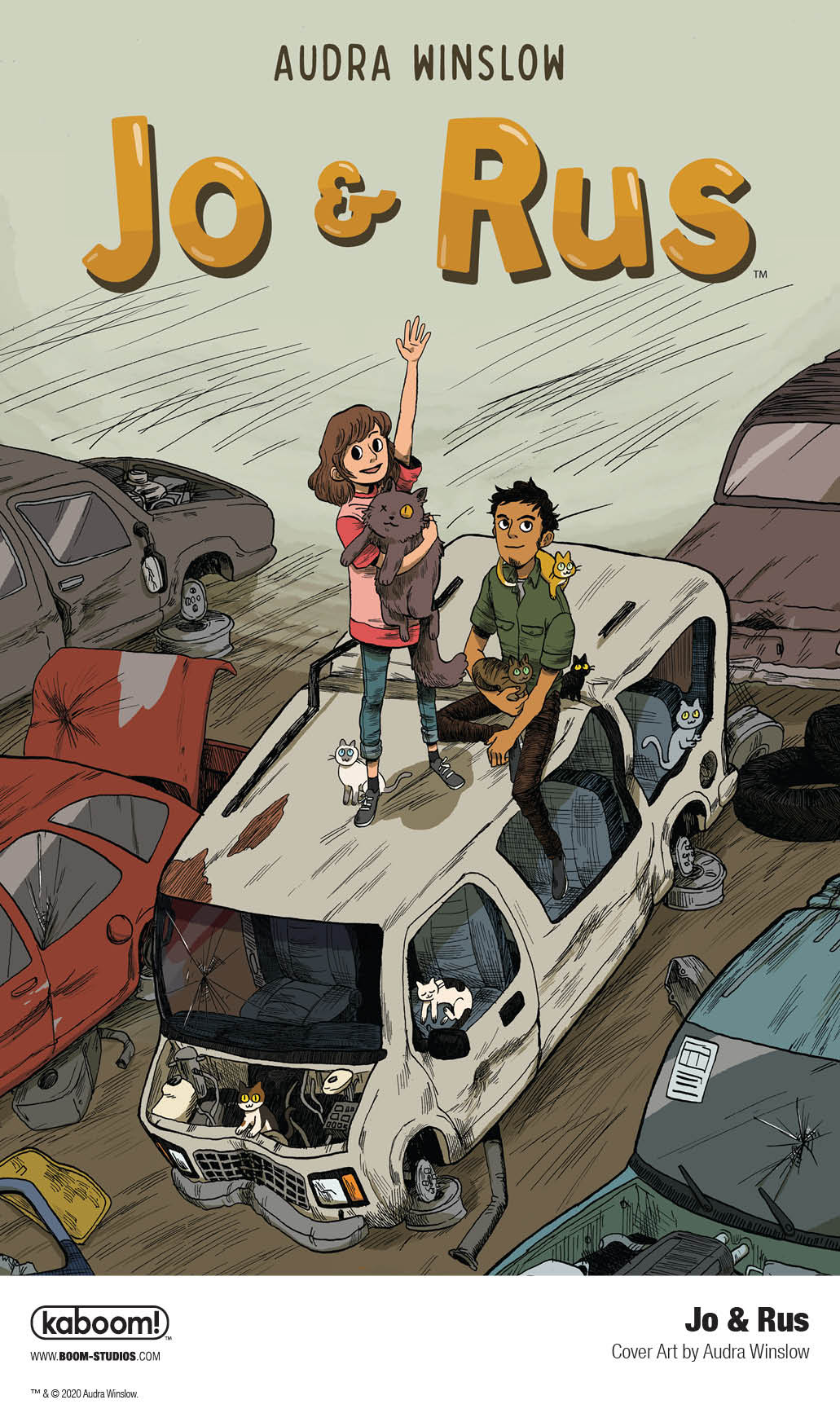 At first, Jo and Rus don’t realize how much they have in common – she’s a middle schooler who’s constantly bullied and he’s a high schooler in a rock band. But when a mysterious one-eyed cat brings the two of them together, they quickly learn they’re both outcasts trying to figure out what they really want from life in a world where the odds are stacked against them. It’s only by becoming friends they discover who they are, who they want to be and what it takes for every one of us to find our own happiness!

JO & RUS is the latest release from BOOM! Studios’ award-winning KaBOOM! imprint, home to comics for middle grade and younger readers including original series such as Just Beyond by R.L. Stine and Kelly & Nichole Matthews, Hex Vet by Sam Davies, RuinWorld by Derek Laufman, Hotel Dare by Terry Blas and Claudia Aguirre, Pandora’s Legacy by Kara Leopard and Kelly & Nichole Matthews, as well as Wonder Pony by Marie Spénale and the upcoming Space Bear by Ethan Young, along with licensed series like Adventure Time, Steven Universe, Regular Show, Ben 10, and Over the Garden Wall.

Print copies of JO & RUS will be available for sale on September 16, 2020 at local comic book shops (use comicshoplocator.com to find the nearest one), September 22, 2020 at bookstores or at the BOOM! Studios webstore. Digital copies can be purchased from content providers, including comiXology, iBooks, Google Play, and Madefire.

For continuing news on JO & RUS and more from BOOM!, stay tuned to www.boom-studios.com and follow @boomstudios on Twitter. 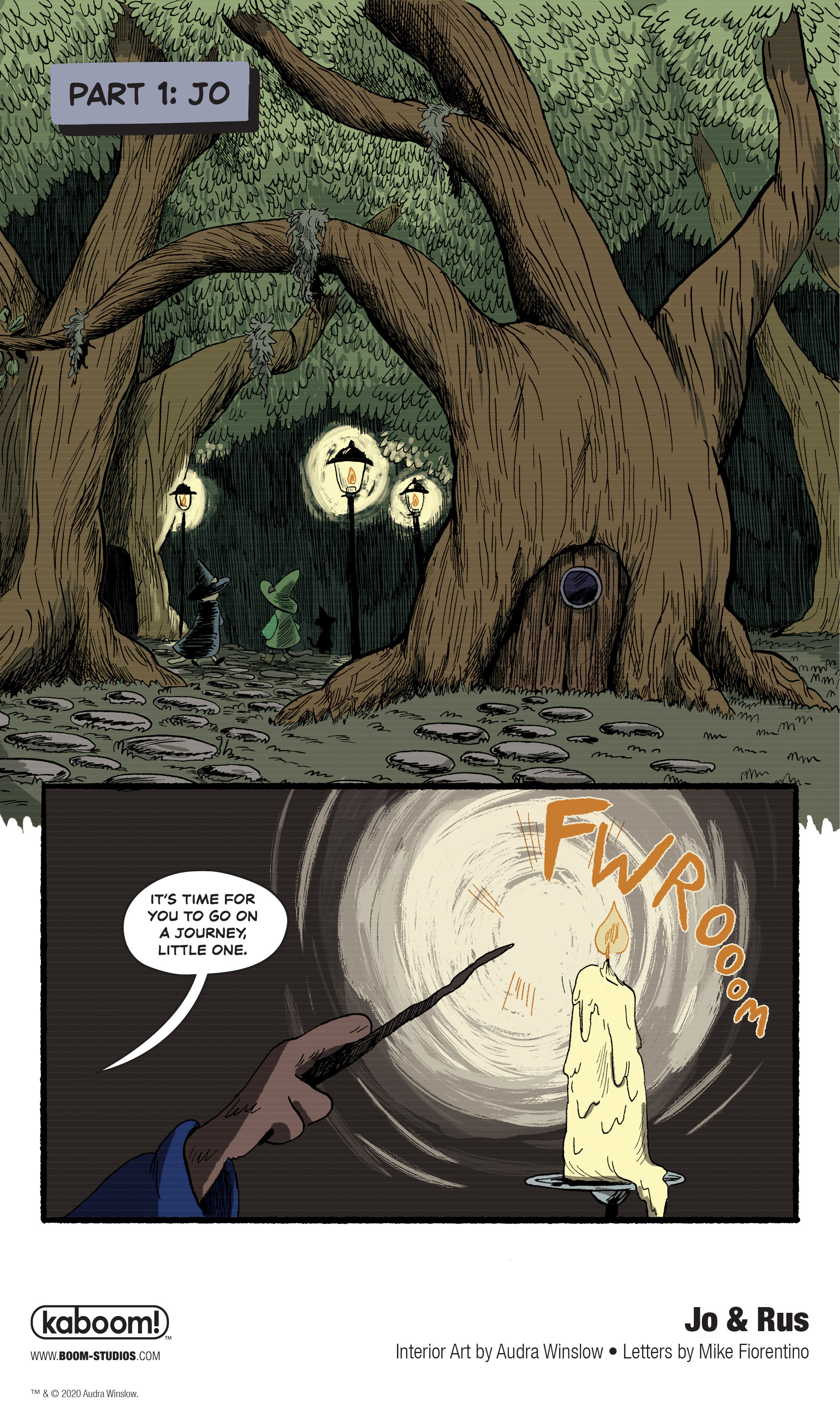 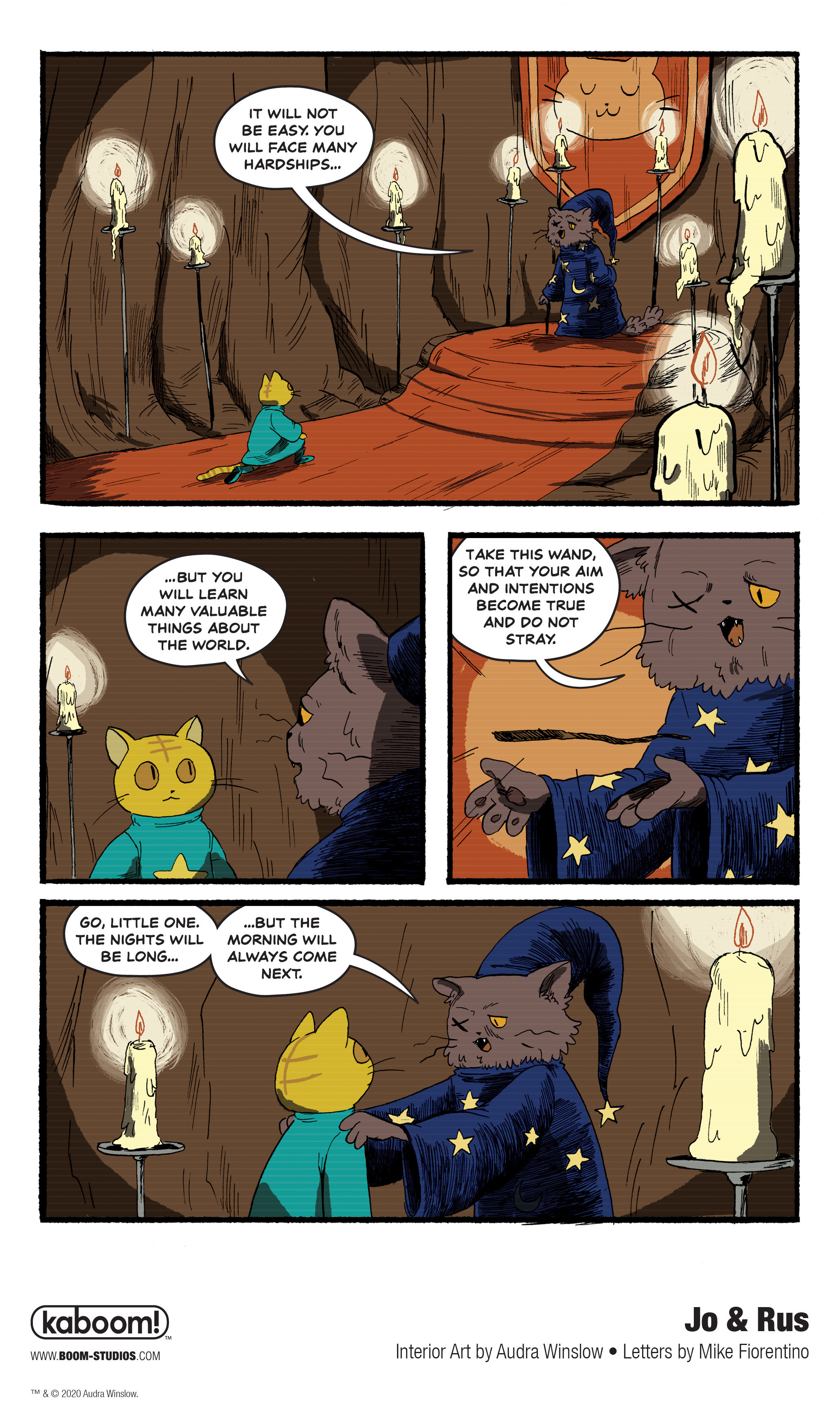 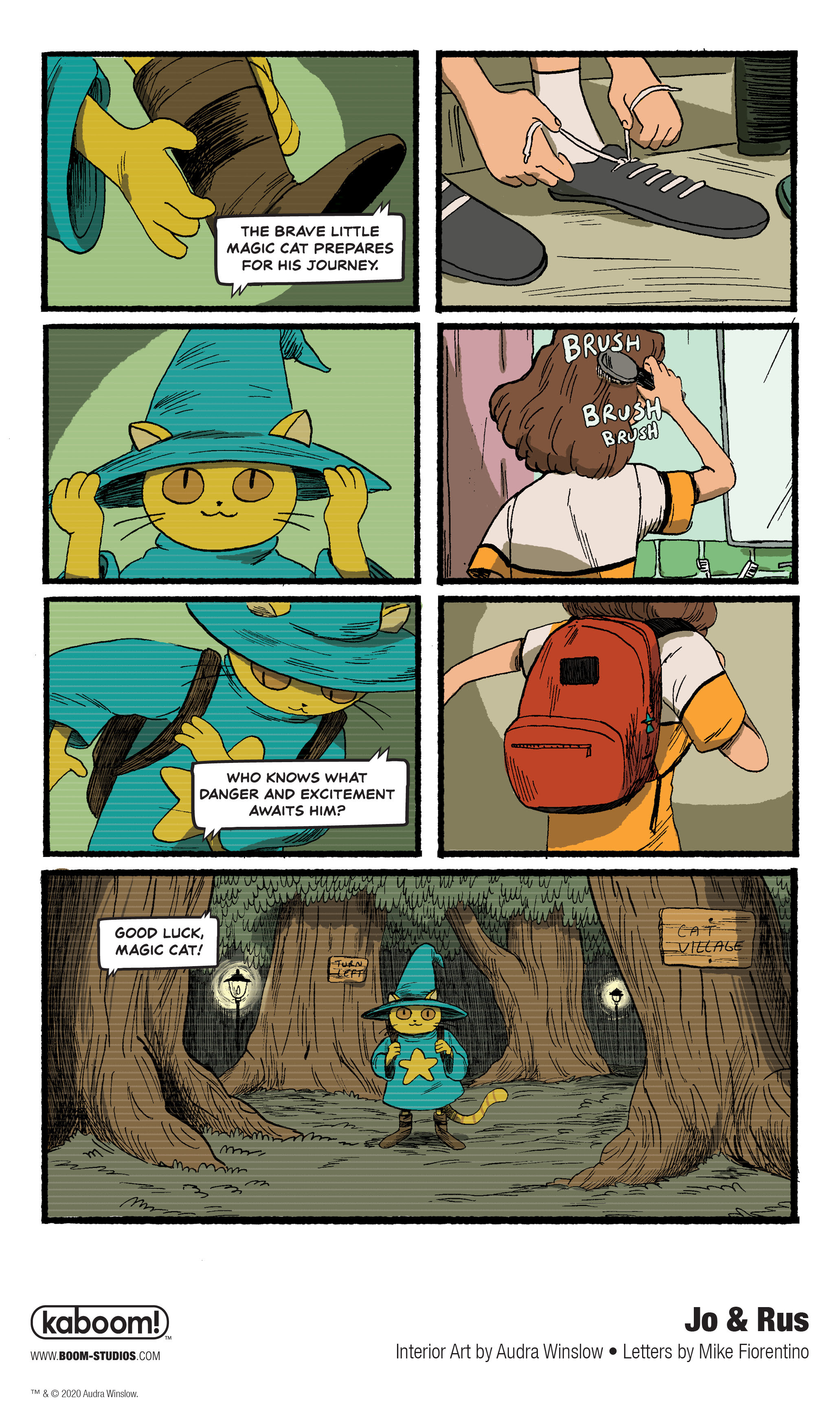 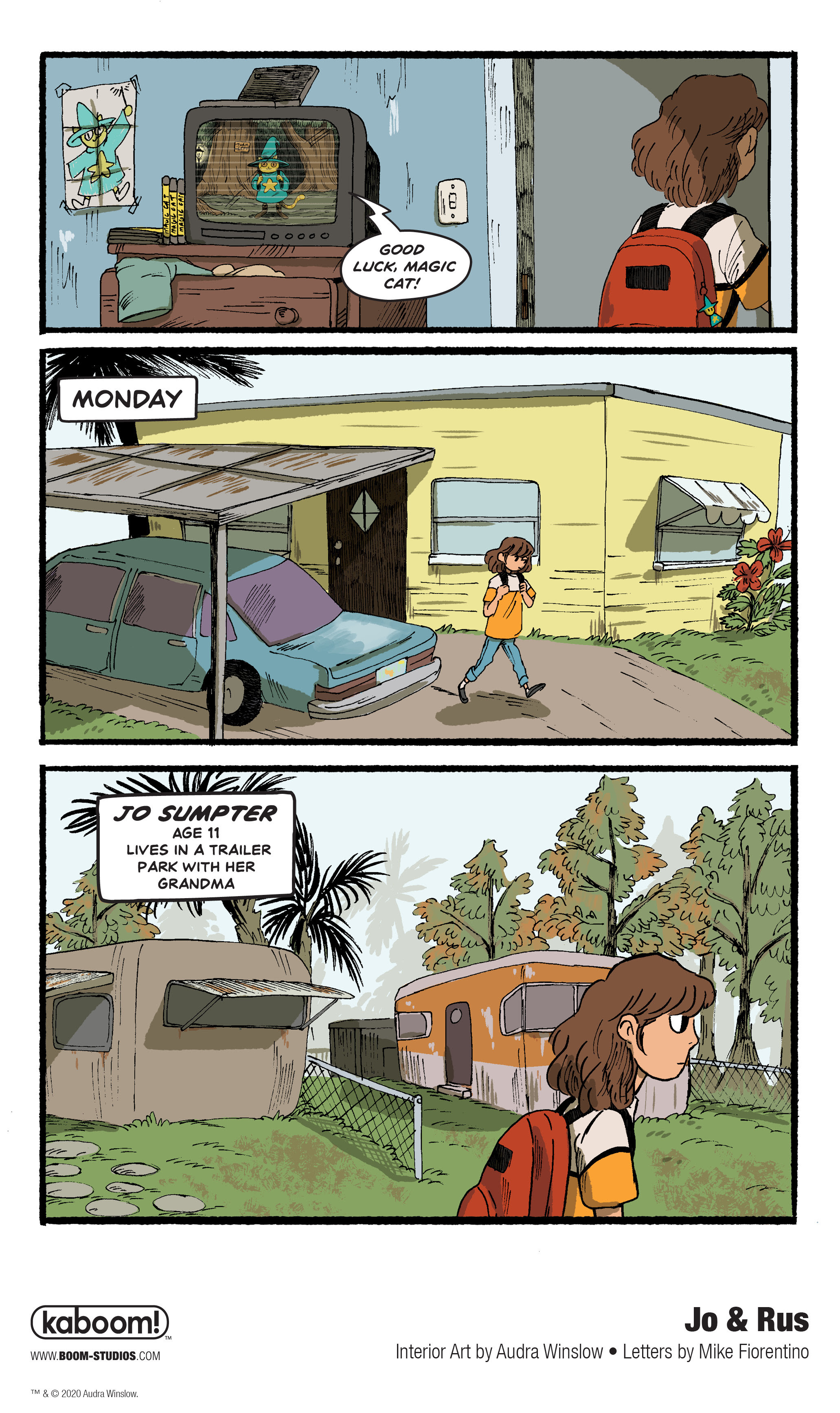 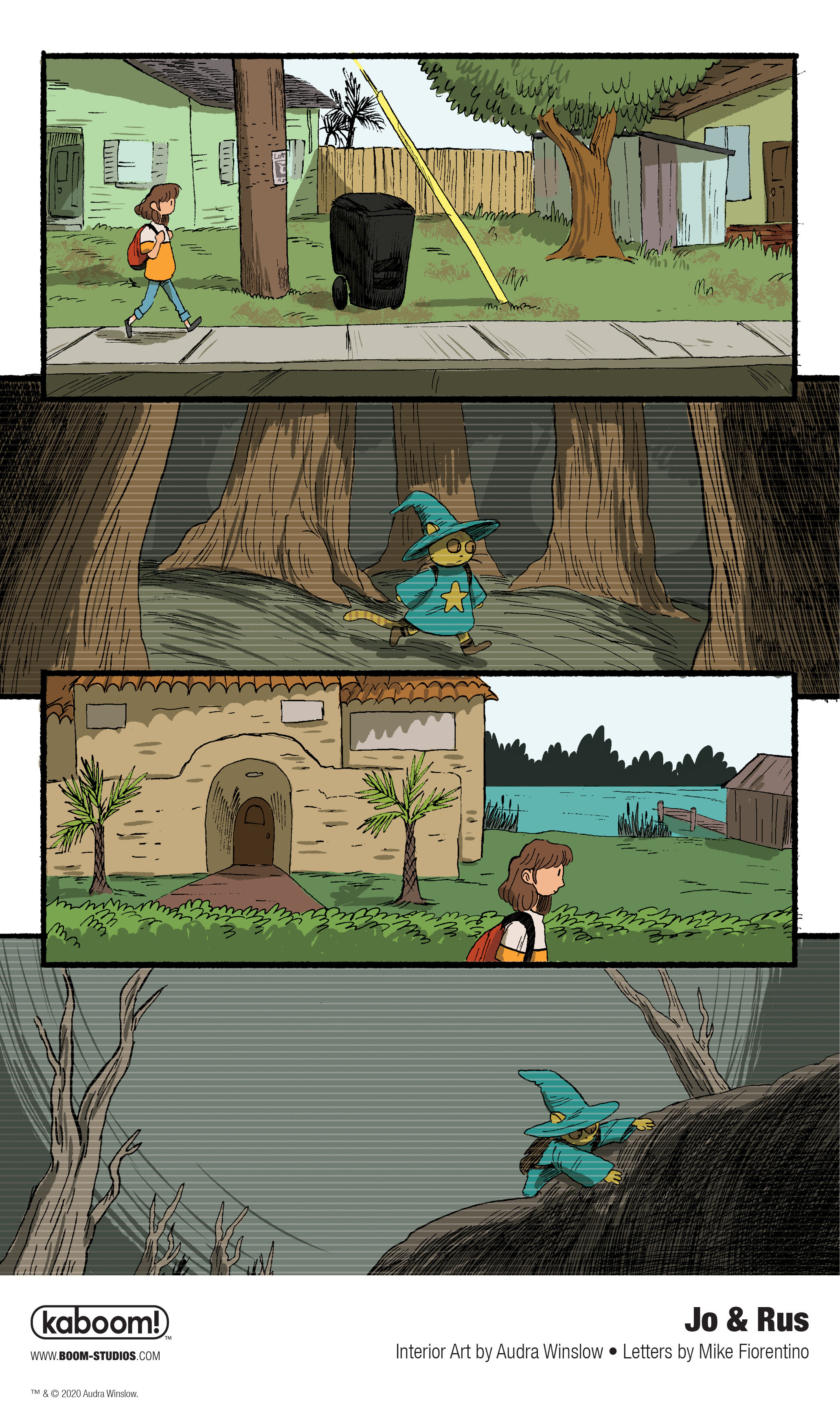 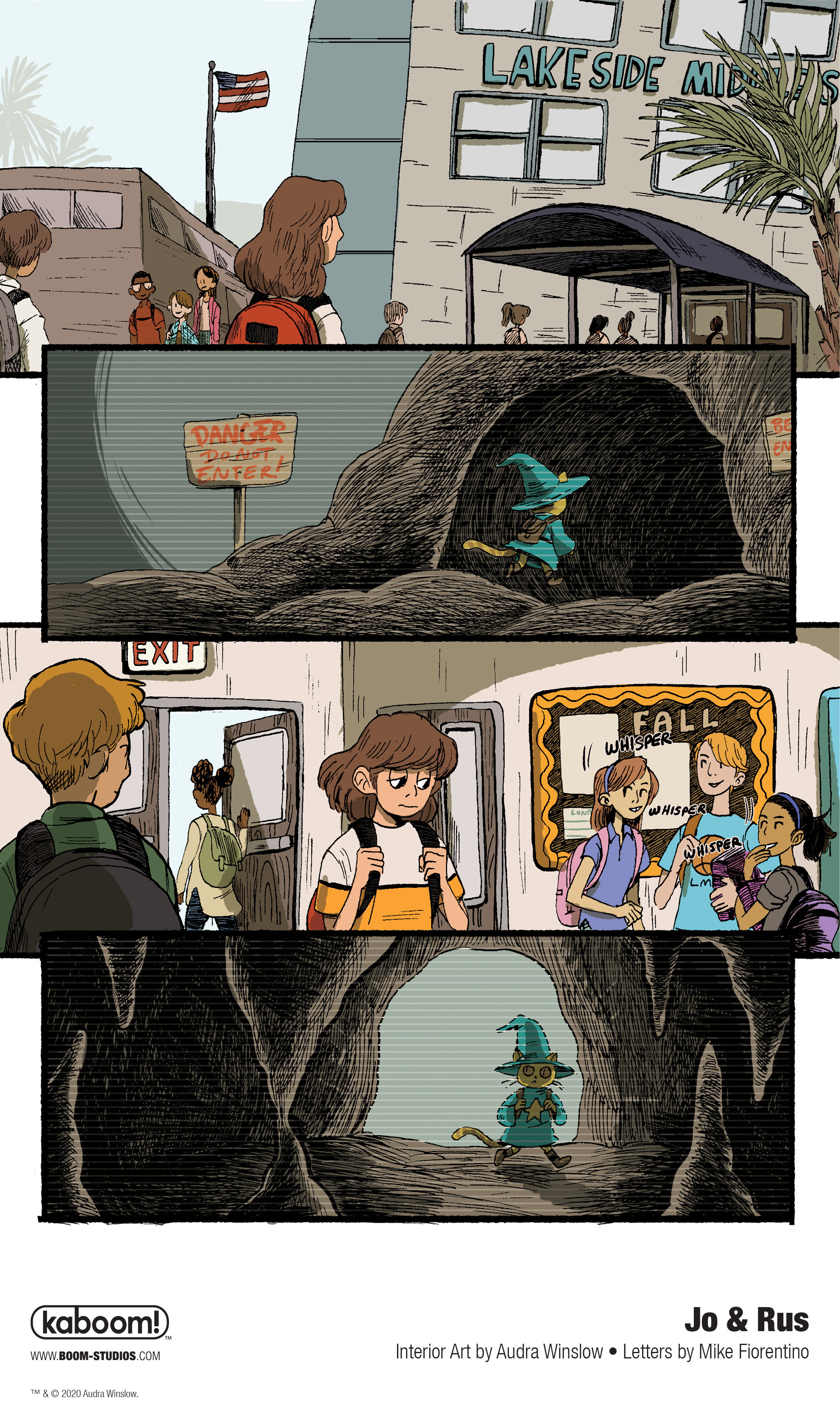 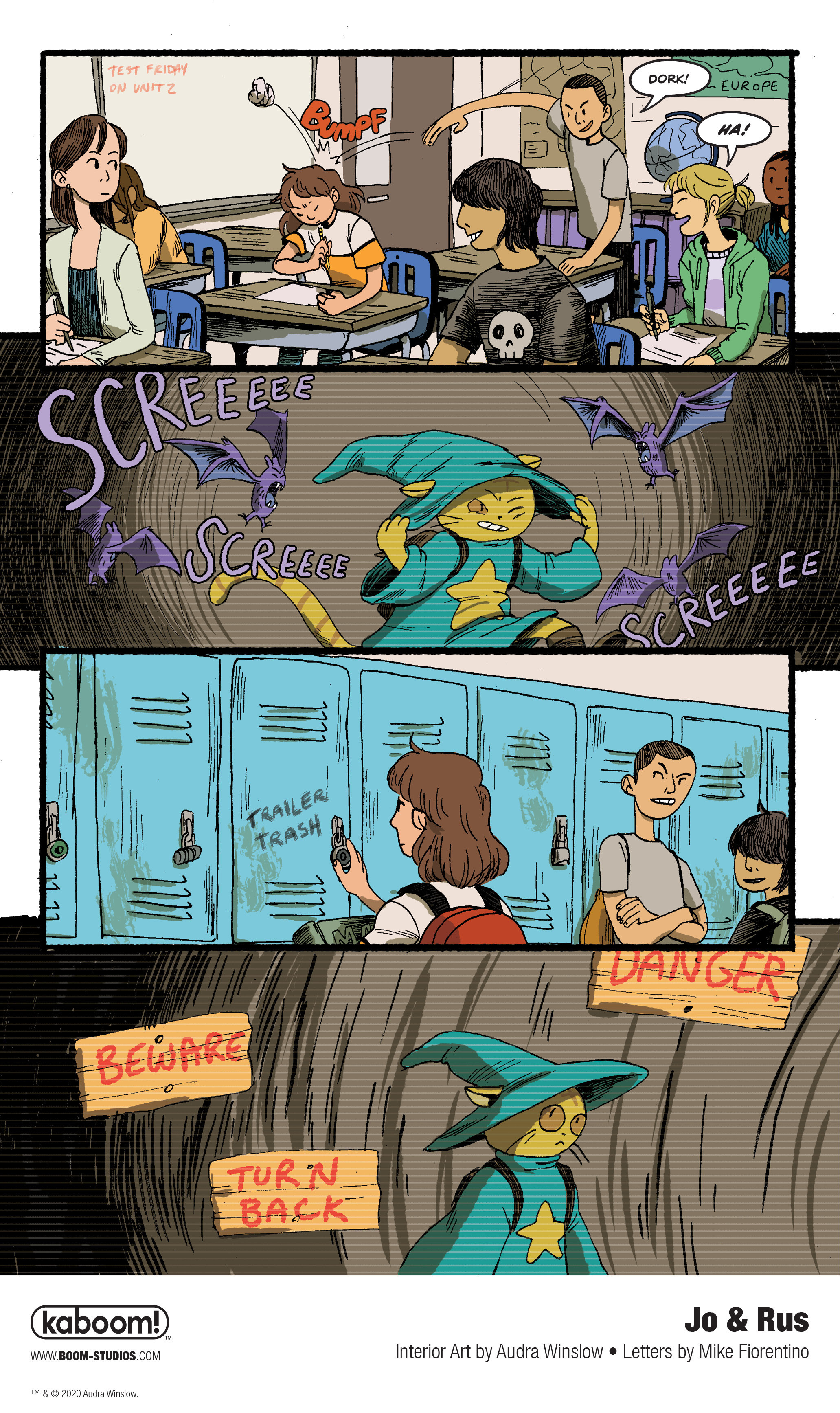 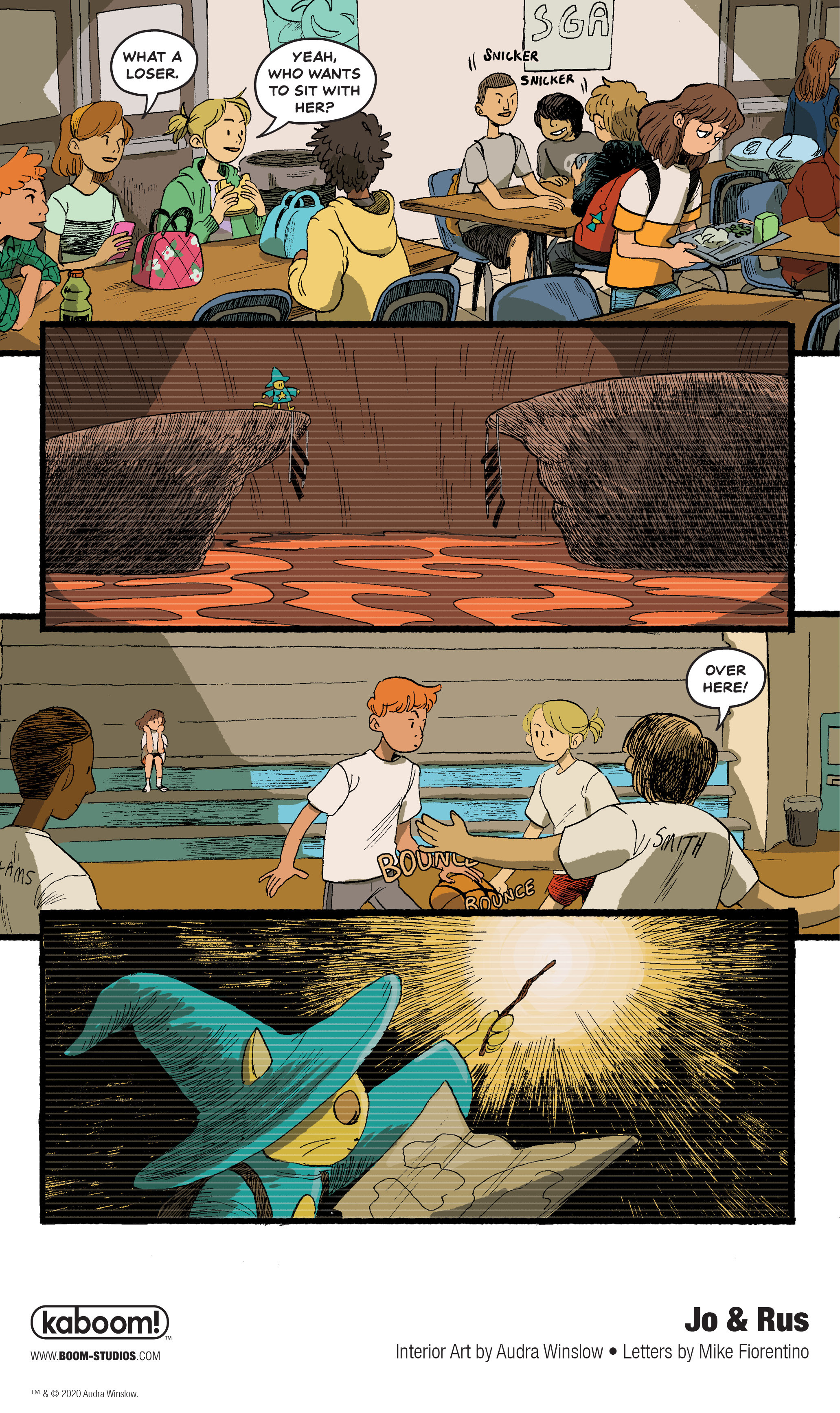 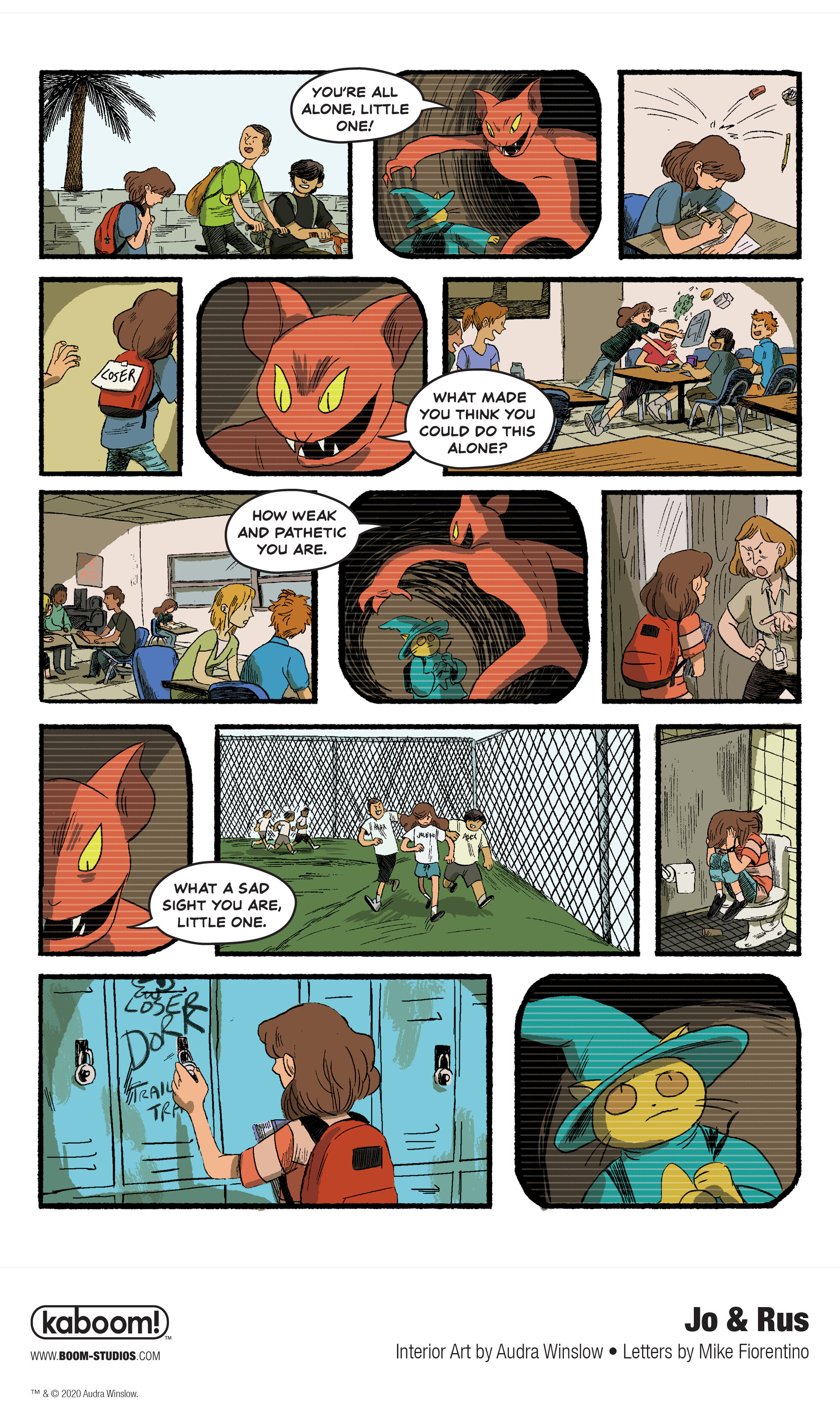 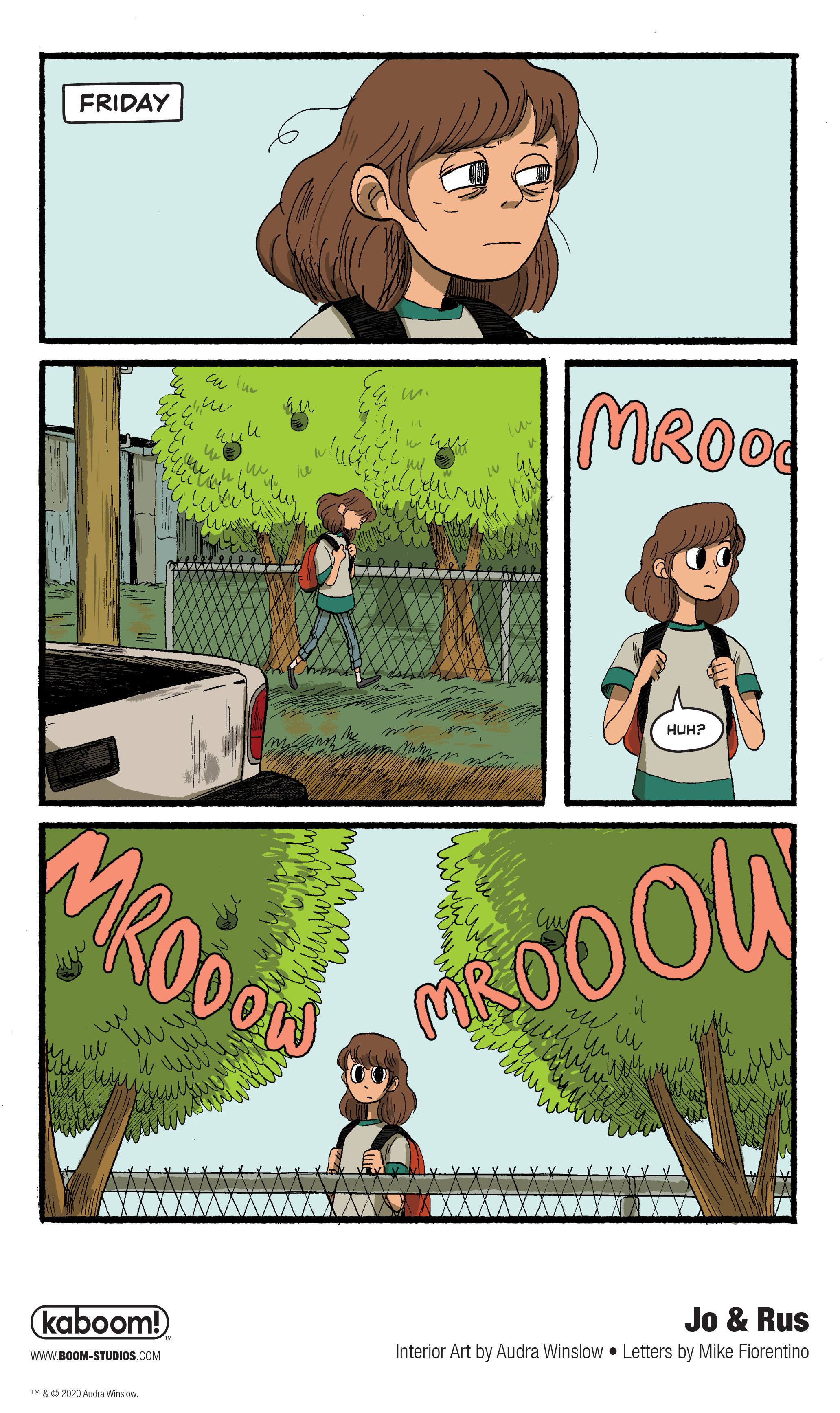