Boldly Go Where No SPACE BEAR Has Gone Before With Ethan Young  and BOOM! Studios 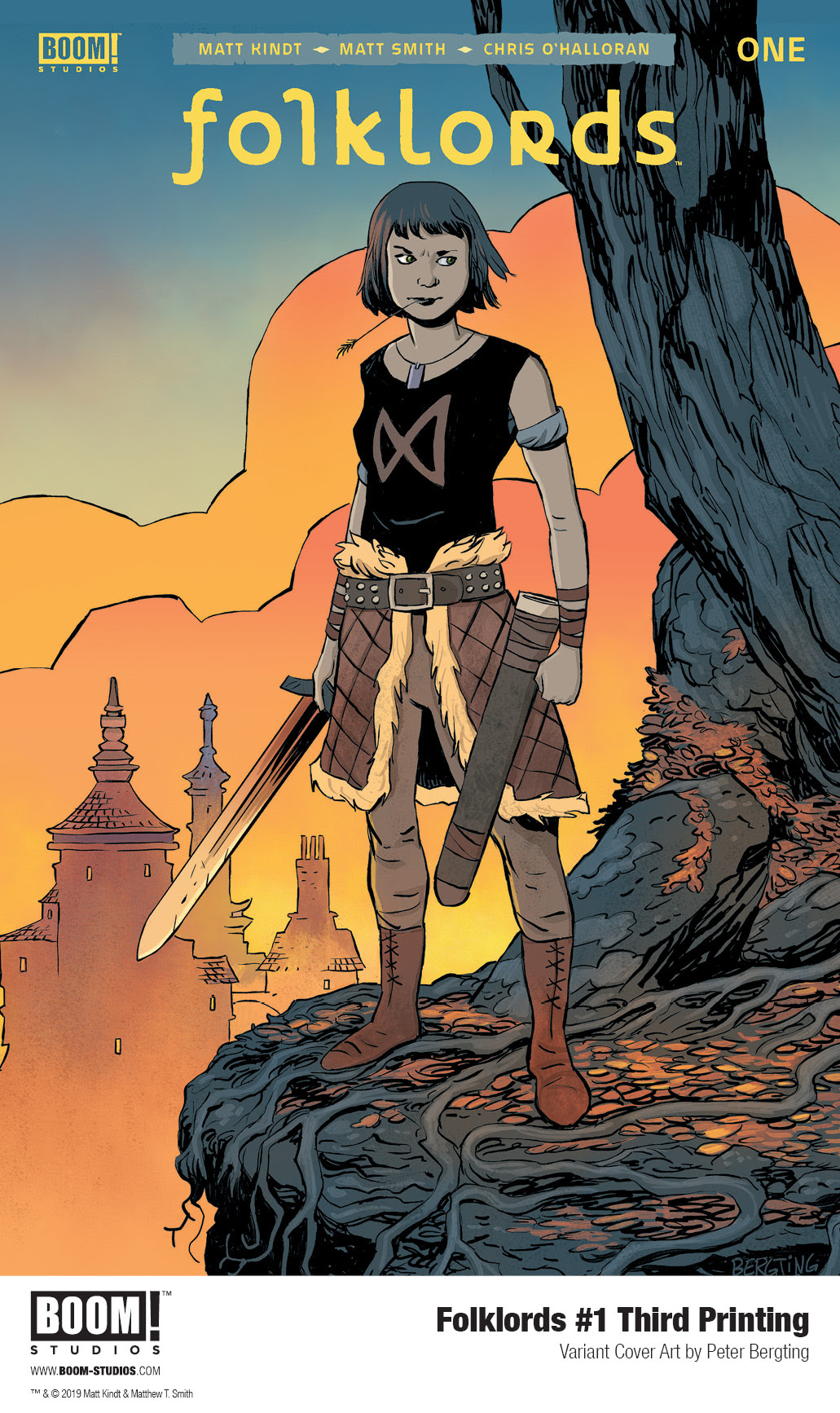 In order to meet the overwhelming demand from retailers and fans, BOOM! Studios has fast-tracked FOLKLORDS #1 THIRD PRINTING VARIANT to arrive in comic shops on December 4, 2019. This third printing will feature an all-new cover by artist Peter Bergting (Joe Golem, Baltimore).Quantities will be limited and allocations may occur.

In a world of magic and monsters, Ansel is an outsider haunted by visions of well-pressed suits and modern technology. When it comes time for him to declare his Quest on his 18th birthday, Ansel decides to seek out a legend that is only spoken in hushed whispers—the Folklords—hoping they can explain his visions…but looking for the Folklords is expressly forbidden, and going on a rogue quest is punishable by death. What will Ansel risk to find answers to the questions and visions that have set him apart his entire life?

“Continuing the streak of bestselling series in hot demand from BOOM! Studios, FOLKLORDS has already captured reader and retailer interest, creating a groundswell of enthusiasm and generating incredible support,” said Filip Sablik, President of Publishing and Marketing, “Kindt and Smith have found a fresh way to invert the typical fantasy coming-of-age story!”

FOLKLORDS is the newest release from BOOM! Studios’ eponymous imprint, home to critically acclaimed original series, including Once & Future by Kieron Gillen and Dan Mora; Faithless by Brian Azzarello and Maria Llovet; Abbott by Saladin Ahmed and Sami Kivelä; Bury The Lede by Gaby Dunn and Claire Roe; Klaus by Grant Morrison and Dan Mora; Something is Killing The Children by James Tynion IV and Werther Dell’Edera, as well as the upcoming The Red Mother by Jeremy Haun and Danny Luckert. The imprint also publishes popular licensed properties including Joss Whedon’s Firefly from Greg Pak and Dan McDaid; Buffy The Vampire Slayer from Jordie Bellaire and David Lopez; and Mighty Morphin Power Rangers from Ryan Parrott and Daniele Di Nicuolo.

Print copies of FOLKLORDS #1 FIRST PRINTING will be available for sale on November 13, 2019 and FOLKLORDS #1 SECOND PRINTING on November 27, 2019 exclusively at local comic book shops (use comicshoplocator.com to find the nearest one), or at the BOOM! Studios webstore. Digital copies can be purchased from content providers, including comiXology, iBooks, Google Play, and Madefire.

For more on FOLKLORDS and other projects from BOOM! Studios, stay tuned to www.boom-studios.com and follow @boomstudios on Twitter.