Shocking New Ghost in GHOSTED IN LA #5 from BOOM! Studios

“What a fun read. This is a must add to your pull list at your local comic shop and I can’t wait to see where they take the story.”—Mairghread Scott 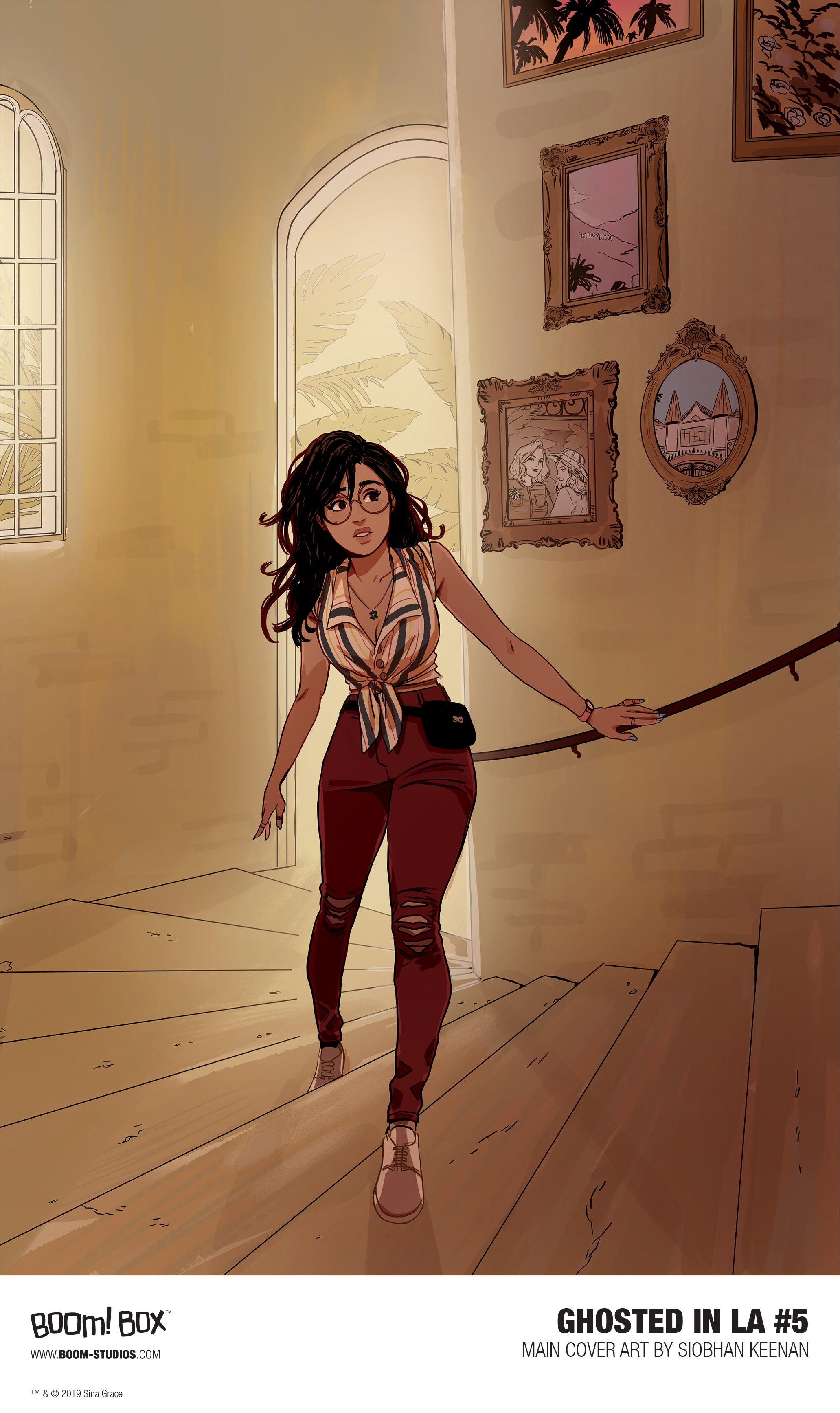 Daphne gets the shock of her life when famous musician Zola Tesla shows up as a ghost at Rycroft Manor the day after the terrifying Maurice gets vanished into the ether by head ghost Agyness! But will she get over her celebrity crush long enough to approach the glamorous Zola and bring her out of her post-mortem funk? And don’t forget the humans in her life—Daphne’s high school best friend is in LA for a surprise visit and her ex-boyfriend Ronnie seems to be getting awfully close to the ghostly Bernard . . . can ghosts and humans find love in a hopeless place?

Print copies of GHOSTED IN LA #5 will be available for sale November 13, 2019 exclusively at local comic book shops (use comicshoplocator.com to find the nearest one). Digital copies can be purchased from content providers, including comiXology, iBooks, Google Play, and the Madefire. 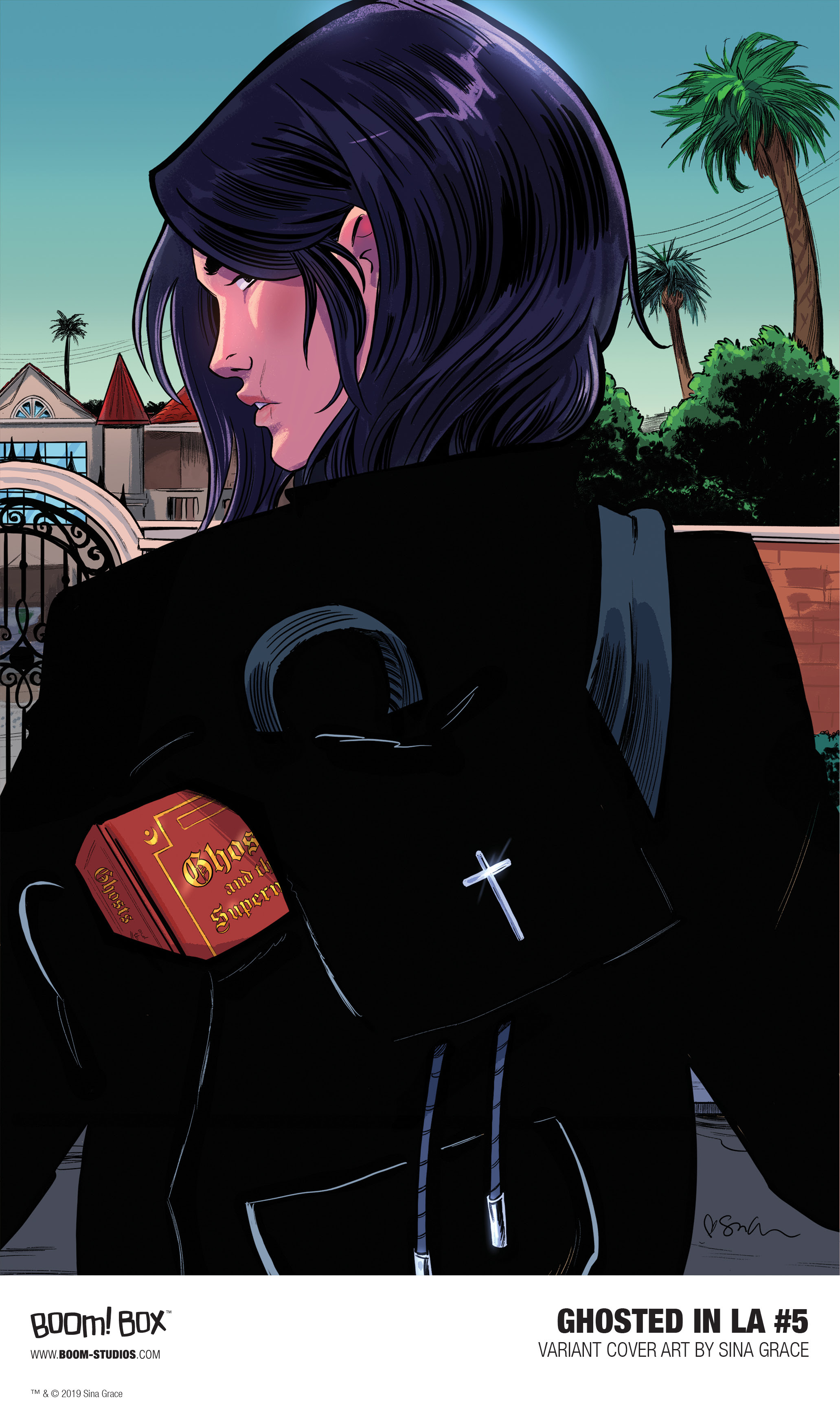 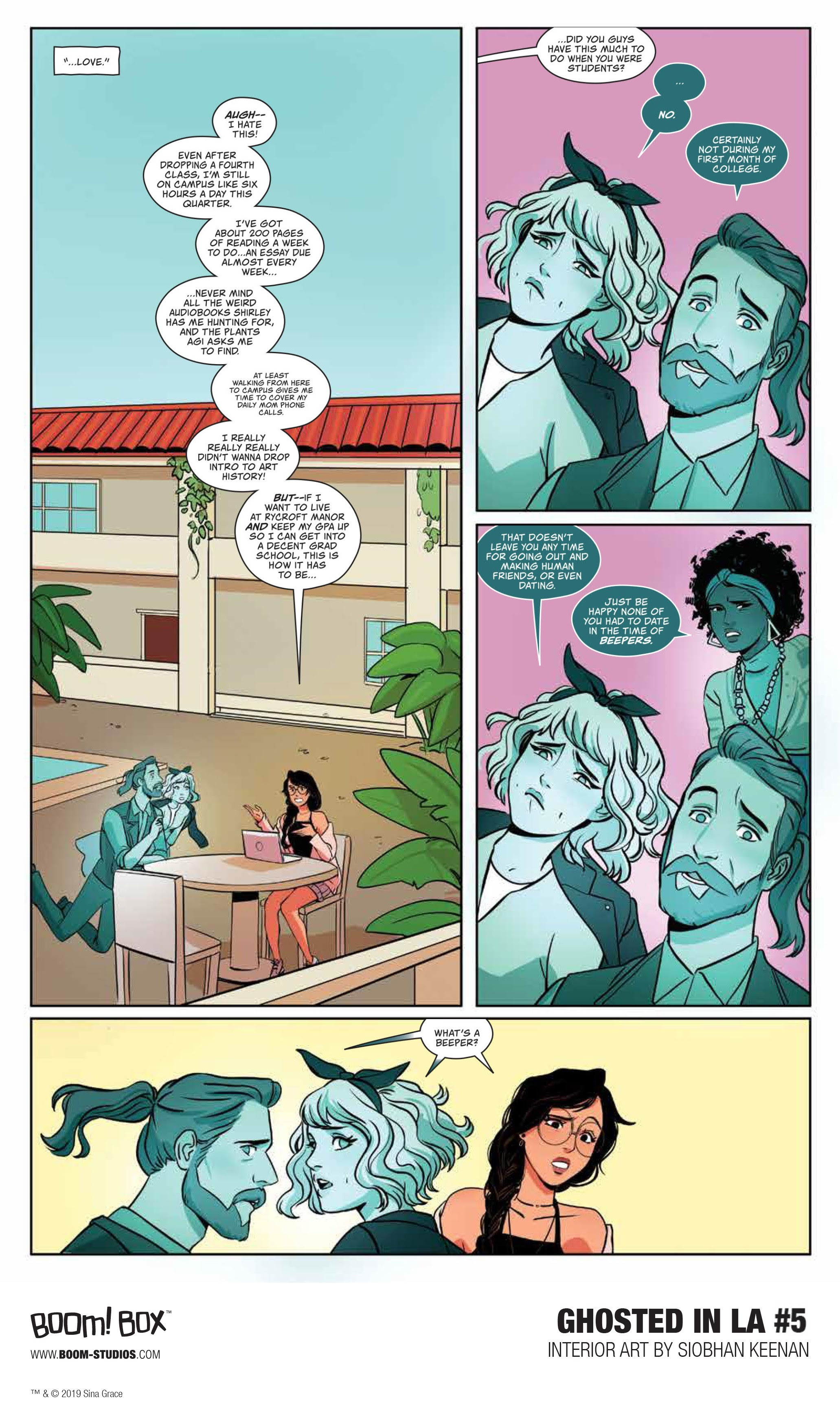 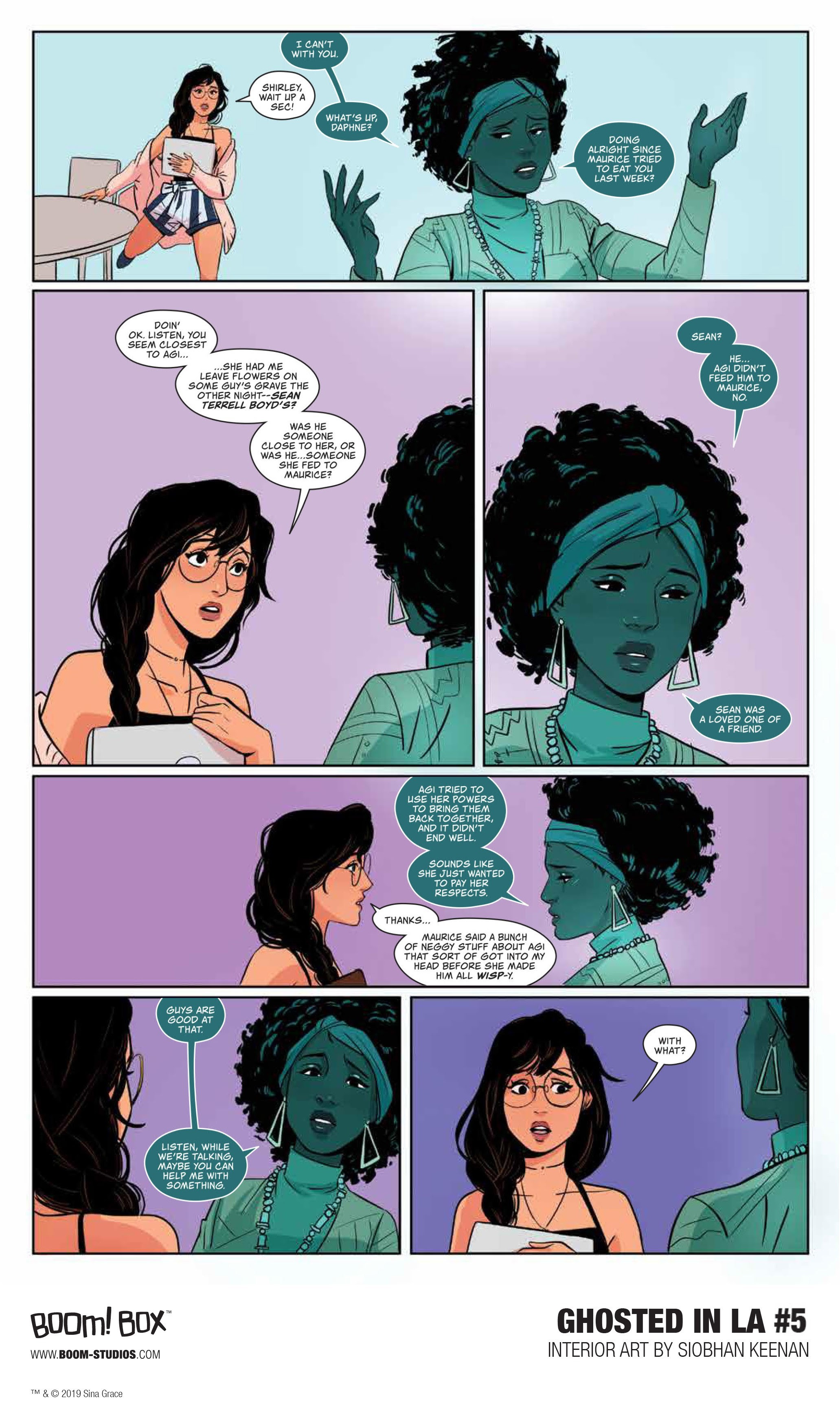 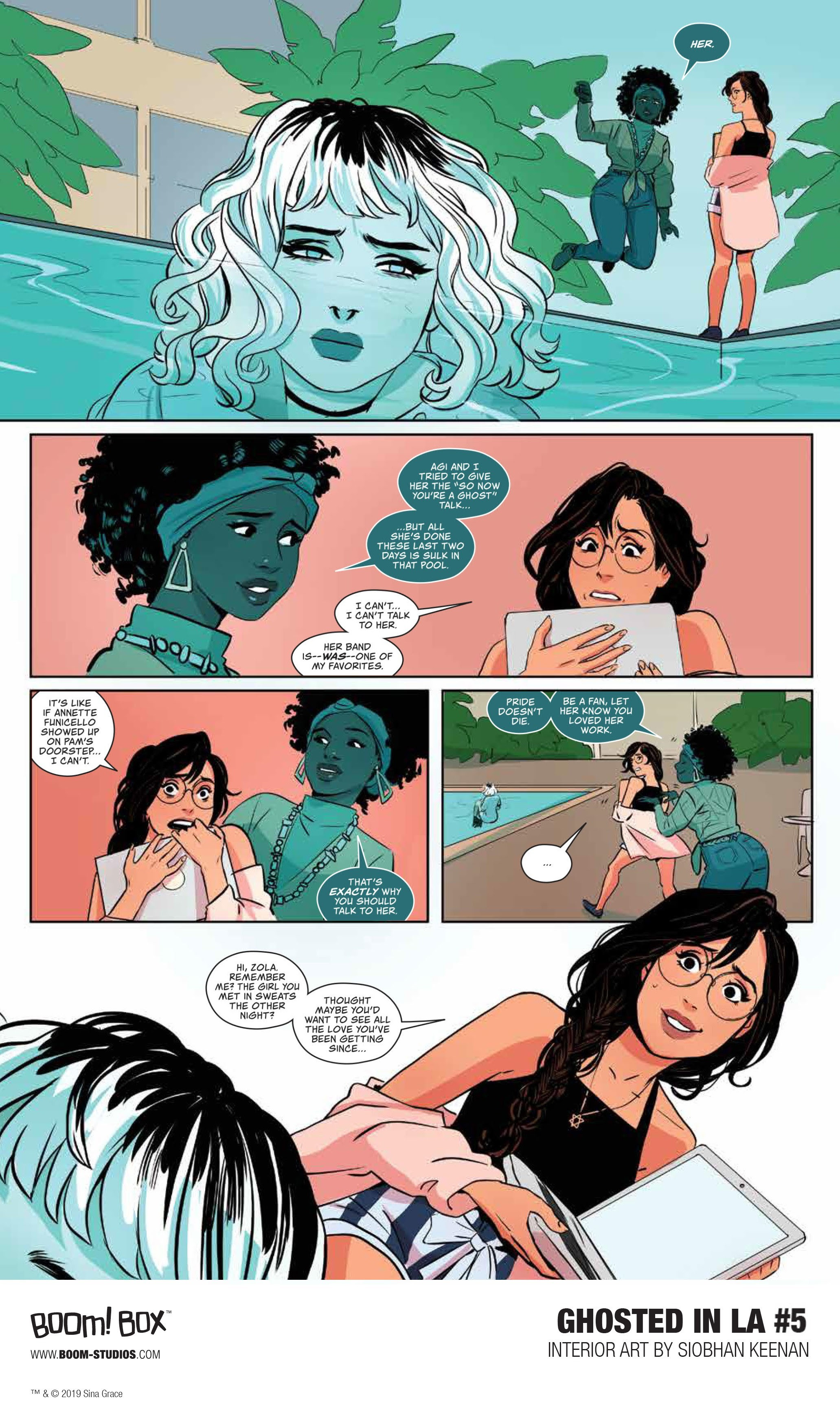 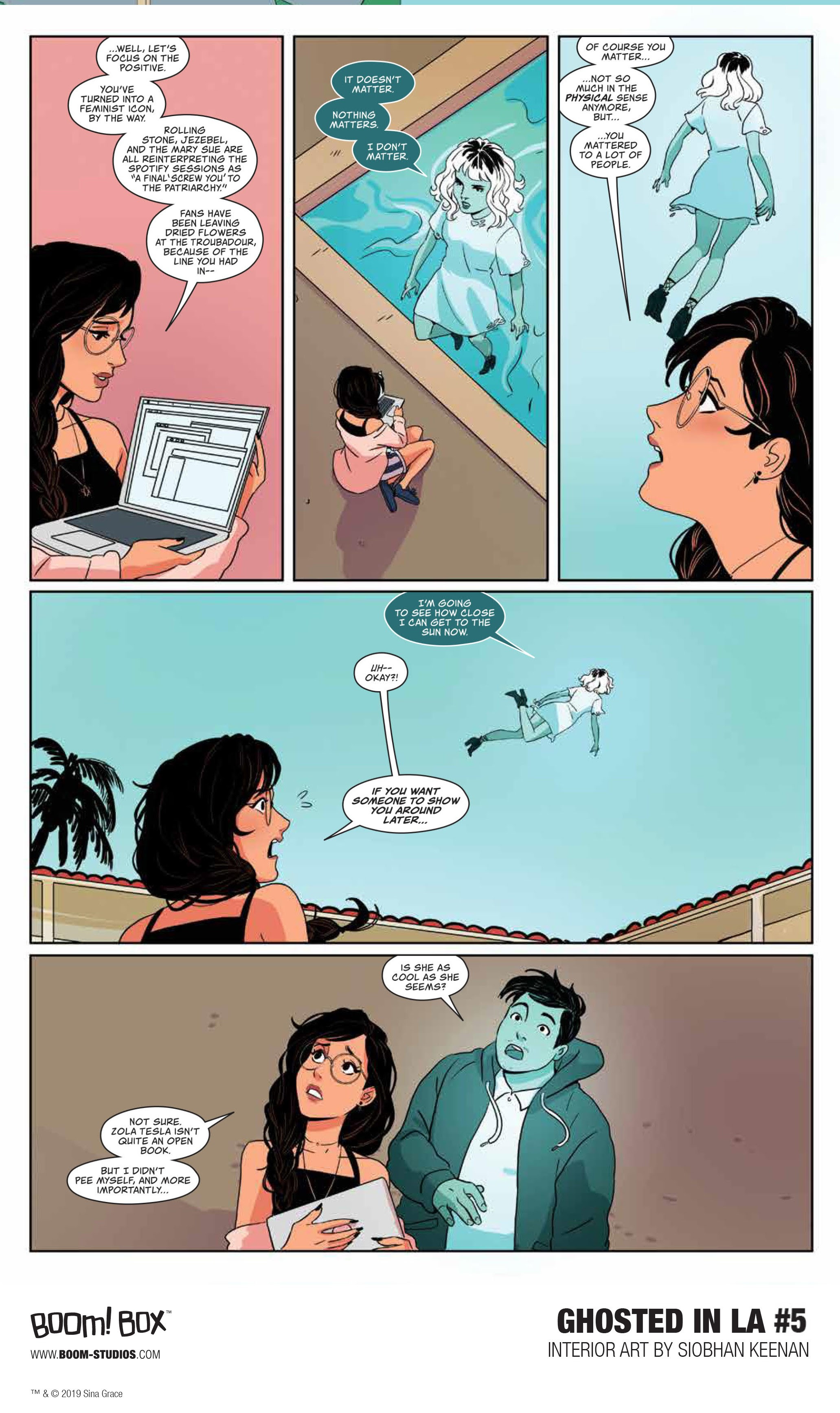