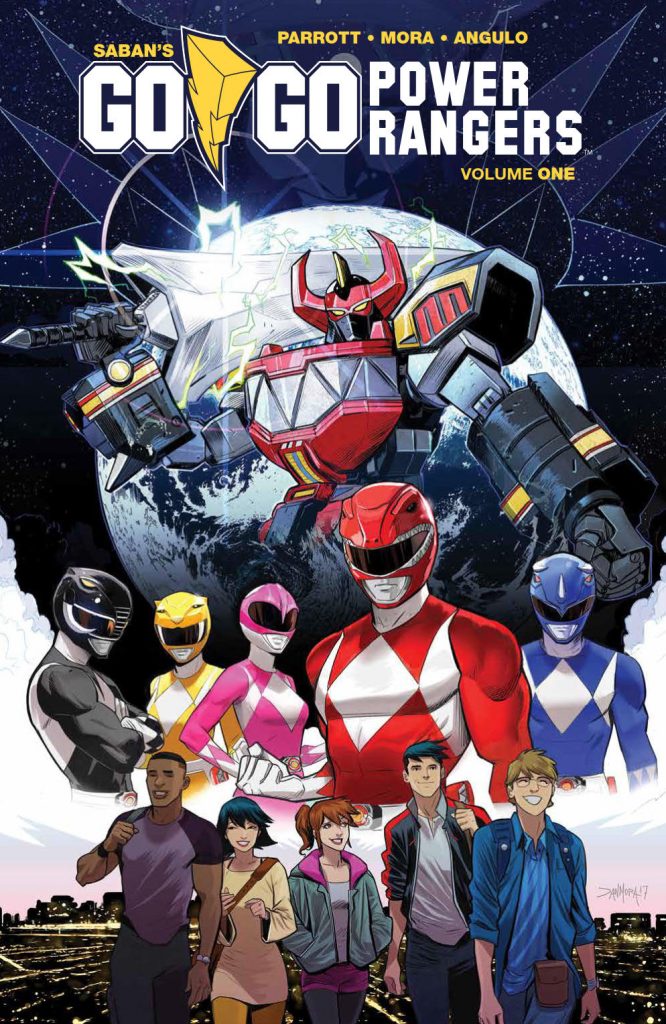 My love for the world of Super Sentai actually started before Saban introduced Power Rangers to American/US viewers in 1993. Because of being on the internet as early as 1988 my young brain was quickly introduced to things such as Turboranger. Although it wasn’t till many years later I discovered the true origins with shows such as JAKQ, so I did truly first discover the legend of live action robots controlled by young people through the teenagers of Angel Grove like many. It was easy at the age of 15 to both despise and love Mighty Morphin Power Rangers. While on one hand it at times felt very much built for a much younger set, the cast featured some very attractive young actors while using footage from a Japanese series that was both silly yet very adult in themes and manner at times. MMPR was a strange beast indeed straddling that line between children’s television and something that parents and older siblings could sit through and actually enjoy (or in my case an older sibling with no younger siblings). The popularity of the show is impossible to ignore. 2 movies during it’s main stays, a movie in the 2000s and a recent selling of the property to Hasbro who have plans to bring the franchise and brand back to the forefront. 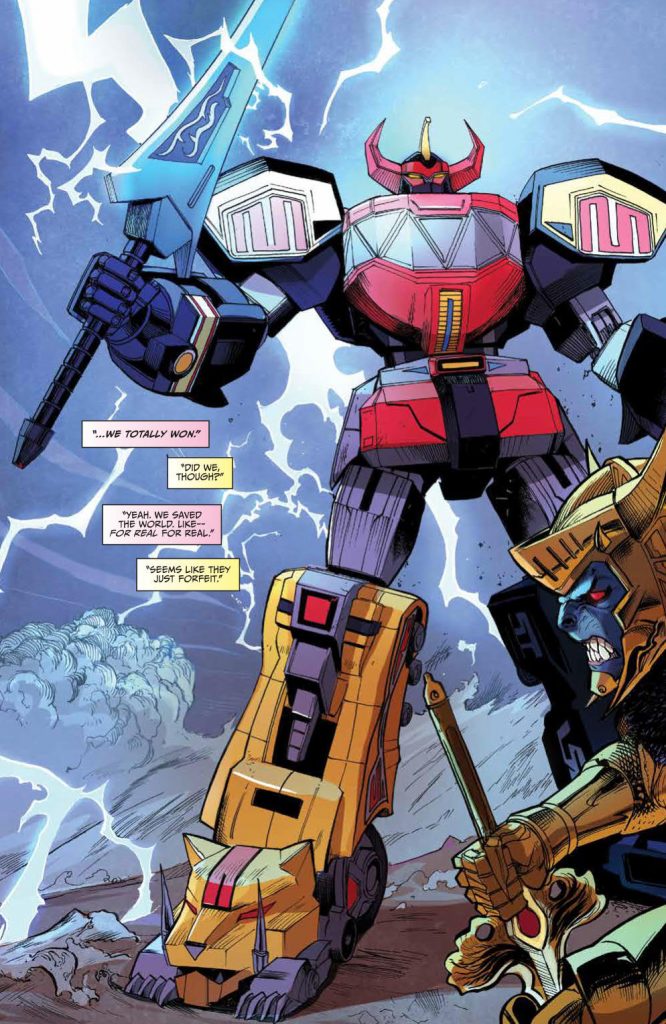 All that said, BOOM Studios has  chosen to use their license to take us back to those early Angel Grove stories with a brand new series in their MMPR line in the series GO GO POWER RANGERS! Now up to it’s 13th issue, the first 4 of the series were collected in a Volume one collection in July and are a fantastic adventure on their own.

The series takes places before the tales laid out in BOOM’s earlier Power Rangers comic. Shortly after they’ve become Rangers but before Tommy comes into the picture. Covering the ground of the slightly unrealistic for their age of 14-16 early Rangers in an undetermined time period, but equally realistic based on Degrassi and in some cases Saturday Morning Teen Soap Operas (California Dreams, Daved by the Bell, etc.). Which in many ways the original TV series would try to tackle and what this comic does so much more successfully.

The book was written by Ryan Parrott, a television wrtier who has also done Star Trek comics, who perfectly captures the voices and feel of the Rangers. Interior art is by Dan Mora, who Is also an amazing variant cover artist for DC and Marvel. His story structure and panels pop and are ably made better by Raúl Angelo.

GO GO POWER RANGERS! Vol 1 is out now for $16.99 and can be bought at the Boom Store, as well as other online retailers or your local comic shop! 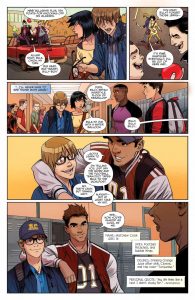 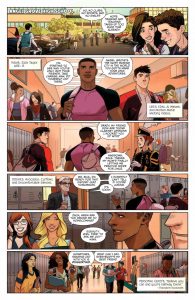 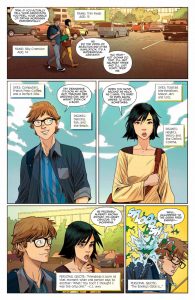