On Lee Daniel’s The Butler after screening… 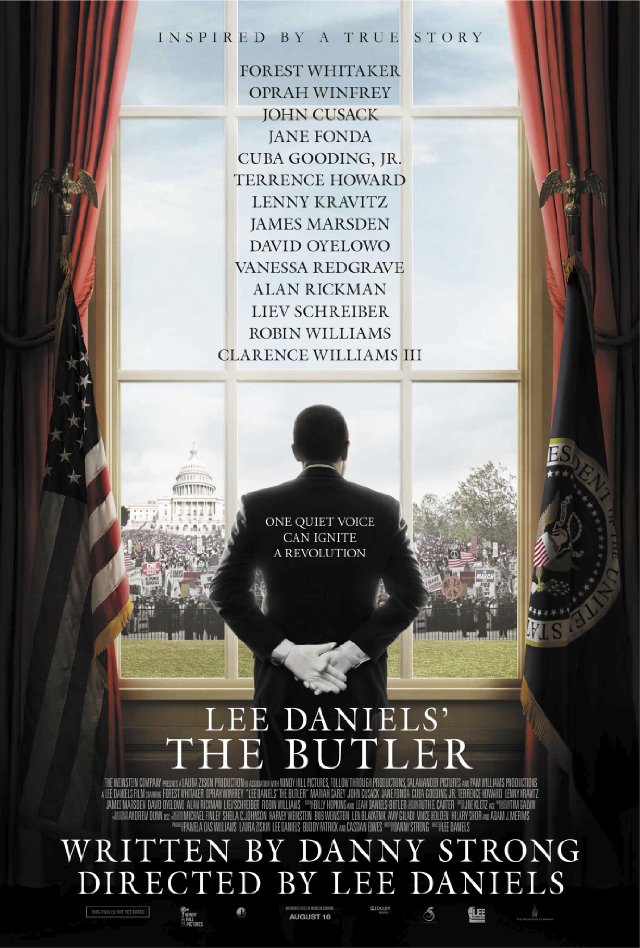 I had the opportunity to go to an early Sag Awards/Weinstein Company sponsored screening of Lee Daniel’s The Butler earlier this week. As the film doesn’t open for a few weeks and I rarely put movie reviews here I didn’t think I’d end up doing on, but as I started writing on Facebook I realized I had more to say than planned so I decided to try and stretch it a bit and say even more than that. So here’s a review.

Lee Daniel’s The Butler has some really interesting and quality performances, especially from Cuba Gooding Jr. and David Oyelowo, Vanessa Redgrave was her always fabulous self in a small role that didn’t need her but suited her and Liev Schreiber IMHO stole the show; Didn’t recognize him at all. Yet if you go for the story about a Butler who served over 30 years in The White House, you’re better off reading the original article from Washington Post about Eugene Allen, the actual white house staff butler of 30 years that inspired the film. That article has NOTHING about a son who marched with MLK, the Black Panthers, Free Mandela and later became a Congressman that Hollyweird forced into the film to give an excuse to follow another path of history. While this first paragraph actually just caused OMGSPOILERS for the film, they are not he kind that anyone should truly get angry about.

Unlike Lee Daniel’s sophomore effort The Paperboy, an adaption of the same named Pulitzer Prize winning novel by Lee Dexter which the author adapted himself or even Lee’s Oscar award winning first effort Precious, The Butler is very by the numbers. There are what could be thought the occasional “shocking” moments, but I’m not robbing you of those if you truly want to see the film. There’s also plenty reasons to. Even with the complete stunt castings of Jane Fonda as Nancy Reagan or Robin Williams as Eisenhowser, there’s something very special about John Cusack’s Nixon. I don’t think his dialogue would’ve been as funny or clever in just a capable actor who did an awesome Nixon. They needed the candor of Cusack. Folks like Mariah Carey, Cuba Gooding Jr., Terrence Howard, and even Lenny Kravitz was much less stunt casting more about Lee Daniels I believe trying to develop his own troupe to work with for any future productions. That includes David Oyelowo who was amazing and was just as equally amazing in Paperboy.

One of the more interesting/intriguing parts of the screenwriter Danny Strong and I assume producers The Weinstein Company to make what seem like arbitrary changes to Eugene Allen’s life is the amount of facts from the article they chose to keep in the film as well. From dealing with LBJ’s harsh racial epithets to Nancy Reagan’s invite to dinner, all parts of his life that were fascinating, that adding or changing facts like where he used to work or how he got the job just seem like pointless changes that didn’t add or take away from the story being told.

Although that story is just that, a story about a Butler in the White House while TRYING to say something about the Civil Rights movement in America over the last 70 and even more so years, without saying anything new or making a particular stance or than the kind of stance a film with a black director and a black cast could make. That is not a slight to the Civil rights movement, it’s to the film itself. It’s just a film that is kind of just there. Not bad, not grand, but a movie that stands on its own strengths and that is a definite early contender for Oscar nomination simply on what it tries to accomplish even if it is a forgettable movie as well.

Before closing out I do want to commend one very important factor of the film and one that is pulled off amazingly. The make up and prosthetic work is amazing. They made Forrest Whitaker pass for 30 years old as well as his actual age and a man in his late 80’s. This awesome makeup work follows through on what they did with the actor’s portraying president’s (it’s pretty impossible to hide such recognizable faces, but they did add aspects that conveyed the role through features such as Nixon’s nose) as well as with every other actor from Oprah to Lenny Kravitz, it deserves the Oscar more than anything else even.

This entry was posted in TV and Movies and tagged lee daniels, the butler. Bookmark the permalink.