THE FIFTH BEATLE shall rocks your socks…and more! 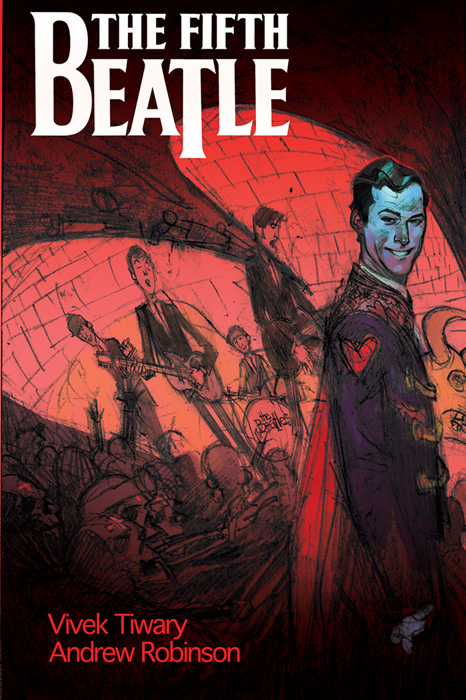 At Book Expo America 2013 I had the privilege and pleasure to sit with Entertainment producer and the writer of the upcoming (November 19th 2013), THE FIFTH BEATLE, Vivek Tiwary. Since then I have expectantly watched the news and excitement for the forthcoming Dark Horse book with baited breath. I have also unfortunately sat and then lost my notes from my short but insightful talk.

Here as best I can are portions of that talk to show how much this is truly Vivek’s labor of love and a book all fans of comics, The Beatles, music, life, biography or more would appreciate.

It was always designed and conceived as a graphic novel and Dark Horse was one of the earliest and therefore first to sign it on concept, with it being in production now between research and art for around three years. Vivek  traveled to England and visited Liverpool, as well as the estate of Brian Epstein to truly understand the man as best one could.

Brian Epstein lived in a time when being who he was and equally being successful were quite an accomplishment. To be homosexual in a time when it was actually a crime, forcing him not just to be in the closet, but with no choice but to be, but to also be a Jew, as well a very liberal individual in political views was just not done. Epstein did do it though, while also being a very successful music manager. Not just for The Beatles but for Gerry and The Pacemakers, as well other notable acts. Of course none of them as big as The Beatles, but not many acts were bigger than The Beatles till stupid things like American Idol & Glee came along and that’s just not a fair comparison.

This book won’t be about The Beatles though, despite them being an integral part of Brian’s short life, it will truly be about Brian and pieced together in an exciting way featuring beautiful painted artwork from Andrew Robinson. As a comics artist I best know Andrew for his Image series Dusty Star but he’s also a great painter and he’s combing his sequential skills with his illustration to create some amazing pages.

One of the more interesting aspects of Brian’s life that I believe Vivek is going to focus on are his difficulty at being able to actually have a lover, not because of it being taboo, but being an actual crime to open. He’ll also touch upon some of the rumors and made critical, but basic decisions based on discussions he had with friends and family. A lot of the information he used also exists on the bibliography on the main site for the book, but he states that many of those books are not enjoyable reads and/or are out of print and hard to find. This comic book will also allow a whole new unexplored demographic a chance to appreciate Brian Epstein and his amazing story. 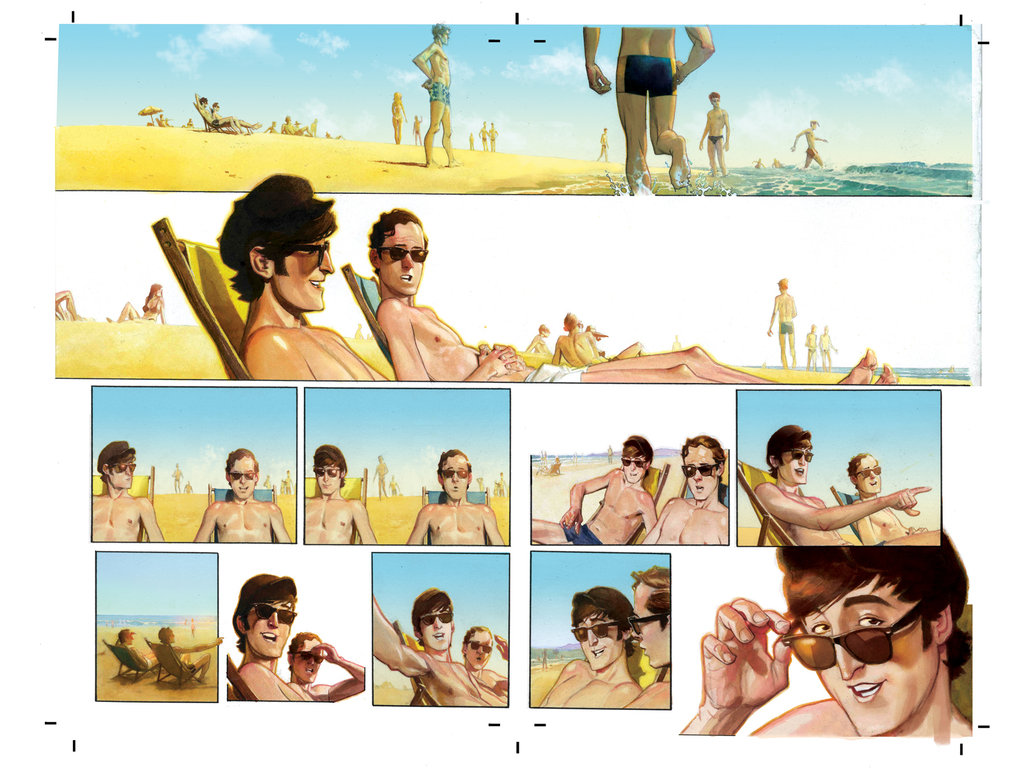 THE FIFTH BEATLE will be released in three editions.

A regular edition (although hardcover and oversized) for $20. A collector’s-edition with a textured cover and a bonus section with memorabilia, artist sketches, and alternate covers for $49.99 and a limited edition (1,500 copies) features a signed tip-in sheet and a special slipcase, for $99.99. I’d state that the best, complete version shall be the $50 edition. Although the $20 will give you the complete comic which also includes a Beatles cartoon inspired 9 page section drawn by Kyle Baker.

To end with, here’s an awesome trailer put together for the book.

THE FIFTH BEATLE Graphic Novel Trailer from TEG on Vimeo.