This is a listing of books gotten at Book Expo America 2013, with links to to the books and/or author where applicable as well as a photo shot at the show of various people met in person.

The Genius of Venice – Piazza San Marco and the Making of the Republic by Dial Parrott: Connecticut lawyer details the construction of the majestic Italian city.

What’s So Funny? My Hilarious Life by Tim Conway with Jane Scovell: The man behind DORF and years of humor teamed up with a regular autobiography cowriter for many a celebrity to deliver a memoir of his long career. 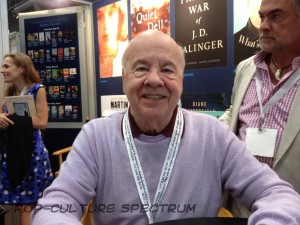 Facing The Music and Living to Talk About It by Nick Carter: Backstreet Boy & Reality TV star recants his experience as a drug abuser and rediscovering himself while also dispensing advice is this mix of memoir and self-help.

Dad Is Fat by Jim Gaffigan: The much loved stand-up comedian and actor used his experience of raising five children (and somehow not killing them, mostly thanks to his wife Jeannie) to write a hilaruous assortment of essays on parenting along his non-credited wife who most know helps writes all his material. 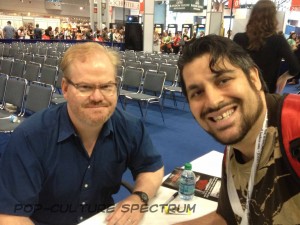 Read My Lips by Sally Kellerman: A memoir by the enthalling, sexy singer and character actress who isn’t totally not as famous as she should be.

Poseur by Marc Spitz: The music critic, novelist and playwright explores his adventures in 90’s Lower East Side, a seedy world of clubs, alcohol, soon to be celebs, murder and more (a world I know all too well).

Landau (3 chapter preview) by Landau Eugene Murphy, Jr. with Rick Robinson: Along with author Rick Robinson, the singer and America’s Got Talent winner tells his story as he knows it. 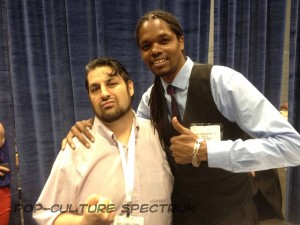 Guys Can Be Cat Ladies Too (Sampler) by Michael Showalter: The comedian has spoken about cats a ton in his act… there are pictures of him with cats. People know that Michael is a Cat Lady. Now he’s written a half funny not really serious, but maybe a little serious guide to taking care of a cat.

Five Days at Memorial by Sheri Fink: The Pulitzer winning article “The Deadly Choices at Memorial” about a hospital during the time of Hurricane Katrina is expanded into a full length novel. I found it hard to figure out where to put this. It is being promoted as a novel, but as it still a redone recounting by the same journalist I kept it here.

The Green Red Green: Collecting the best of three previous Red Green books, with minor updates and changes to make it slightly more timely/timeless, the star of the Red Green show stands tall. 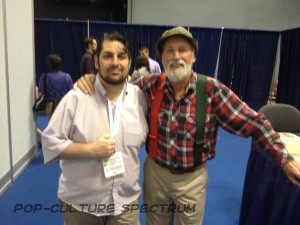 A Field Guide to Lucid Dreaming by Dylan Tuccillo, Jared Zeizel and Thomas Peisel: An actual study and development guide into lucid dreaming, while I particularly have mastered this years ago through the work of folks like Windsor WcKay and much later Rick Veitch, this is an invaluable book from the folks behind Dream Labs.

The Shadow King-The Bizarre Afterlife of King Tut’s Mummy by Jo Marchant: Combing years of research and text from articles written for many magazines, noted science journalist Marchant recounts the amazing history the discovery and remarkable aftermath of Tutankhamun.

An Appetite for Wonder-The Making of a Scientist by Richard Dawkins: The noted biologist, scientist, atheist and public speaker delivers a memoir of his life that brought him to the thinking delivered in his first book The Selfish Gene. 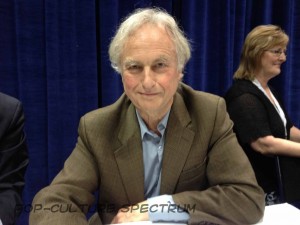 Twenty-Dollar, Twenty-Minute Meals by Caroline Wright: Designed as recipes for 4 people, it’s a nice resource full of great food photography and at $13 one of the least expensive cook books ever.

Big Appetities by Christopher Boffoli: A collection of awesome photography which combines food with little figures to tell really great stories. It’s hard to explain, his work speaks best for itself.

New York a la Cart-Recipes & Stories from the Big Apple’s Best Food Trucks by Alexandra Penfold & Siobhan Wallace: As the title states, this collection is quite compelling, giving a nice historical perspective of a part of current NYC life spliced with recipes one can do at home.

Cook like a Rock Star by Anne Burrell with Suzanne Lenzer: To promote her upcoming Own Your Kitchen, Random House provided copies of Anne’s last cookbook. It’s trove of recipes with notes before each in Anne’s wonderful voice. 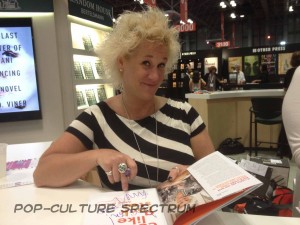