Tribute to the Fallen of 2012 – Directors/Producers/Screenwriters

Gerry Anderson (83, dementia complications): While he will go down for creating THUNDERBIRDS, Gerry Anderson offered television history, cult pop culture history, and science fiction history so much more. He was also able to give us SPACE:1999 and SPACE PRECINCT, as well as produce THE DAY AFTER TOMORROW. From marionettes to space epics to education to children’s programming, he was truly a great. 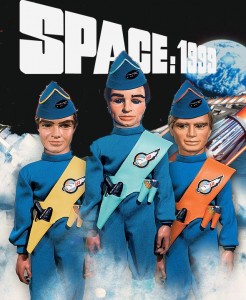 Don Brinkley (91, natural causes): A writer and producer on Television going back to the 50’s and working on shows such as Highway Patrol, Ben Casey and The Man From U.N.C.L.E. His most notable work came from developing the one successful MASH spinoff Trapper John M.D., writing and executive producing all 100+ episodes.

Jim Duffy (74, cancer): One of the most prolific and important animation directors and supervisors of the last 40 years, Duffy worked as animator at Hanna Barbera in the 70’s before moving up to a higher position on titles such as G.I. Joe, Jem and even Captain Planet. He eventually settled in for 20 years at Klasky Csupo, overseeing Rugrats, As Told By Ginger, Rocket Power and more during the animation company’s hey day of success. 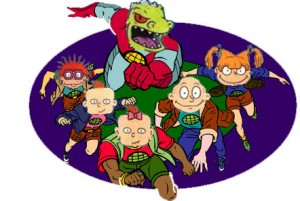 Nora Ephron (71, pneumonia by way of leukemia): The “Queen” of Romantic comedy one could say, she was also just a fabulously fun writer. She’s always be best known for When Harry Met Sally and Sleepless in Seattle, but for me it will always be the Witsec farce My Blue Heaven directed by the under appreciated Herbert Ross and the universally panned media attention/religious farce Michael which she directed herself. Both films take an amazing look at their subject matter and are stronger pieces of humor than her particularly mild mannered looks at romantic foibles. I wish Nora had actually tackled to writing books more, I think she’d been an awesome person to have in the library, even more so than her films.

Robert Fuest (84, undisclosed): This intriguing writer and director gave cult fans the universe that is The Abominable Dr. Phibes and Dr. Phibes Rises, as well as adapting Michael Moorcock’s The Final Programme. Yet he also wrote episodes of The Avengers, adapted Wuthering Heights with Timothy Dalton and directed various afterschool specials even. When he retired from film making he turned full time to paintings creating abstract oil landscapes with which were displayed in various galleries. 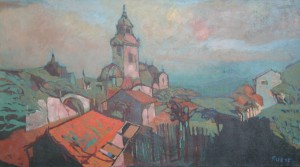 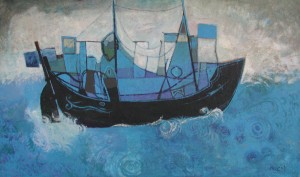 Ulu Grosbard (83, natural causes): Behind the helm of some of the greatest films of all time (arguably) and the man who launched the career of Dustin Hoffman, he was also one of the best stage directors as well. Grosbard handled Arthur Miller, David Mamet and others. His other films included The Subject Was Roses, Straight Time, True Confessions and The Deep End of the Ocean.

Noburo Ishiguro (73, various complications): Animation director of the shows that became famous in America as Starblazers and Robotech. (AKA Spaceship Battle Yamamoto and Macross). 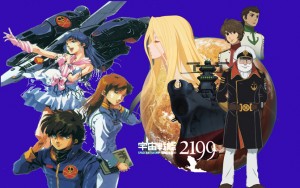 Frank Pierson (87, natural causes): Screenwriter and Director, Pierson had his hands in two of the most awesome films of all time. He wrote the screenplays of Cool Hand Luke and Dog Day Afternoon, as well as writing and directing The Looking Glass War and King of the Gypsies (both adaptations of amazing books that I loved… how many writers tackle John le Carre AND Peter Maas)!? Later on he directed a bunch of made for cable films including Truman with Gary Sinese and Conspiracy with Kenneth Brannagh.

John Rich (86, natural causes). Since the 60’s he produced and directed multiple television shows including All in the Family, Benson, and MacGyver. He was also behind a lot of many intelligent and fun, but unfortunately unsuccessful shows such as the Jeffrey Tambor vehicle Mr. Sunshine, one of the many shows that tried to keep McLean Stevenson on TV after MASH, and the Brian Keith/Cloris Leachman sitcom Walter & Emily. This was seriously a man who tried to make TV happen and obviously with being in show runner at All in the Family and MacGyver he was as successful as much as he failed.

Tony Scott (68, suicide): Of all director’s I think Tony Scott might have given me more of my favorite films than any other. He’s the only director to make a truly awesome Quentin Tarrantino flick with True Romance, and despite what anyone says he made Last Boy Scout work, along with Beverly Hills Cop 2 and even The Hunger. All films which he was hired to direct and then had to fight with studios to be films he actually envisioned instead of just being a hired hand. I also really loved Domino. Oh sure, people will always talk about Top Gun, but its the other stuff that excites me. He also developed Numb3rs and The Good Wife with his brother and those shows original creators, helping bring to life some of the best TV ever. 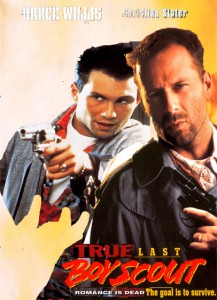 Mel Stuart (83, cancer): He gave the world the film version of Charlie and the Chocolate Factory with the beloved, timeless Willy Wonka and the Chocolate Factory working closely alongside Gene Wilder , Road Dahl and David Seltzer to bring the legendary musical to life. Before and after that he was the producer and director on many wonderful documentary pieces on an extremely varied amount of subjects from war to literature to actors and in particular political runs as well as the filming of the Watts Summer Festival sponsored by Stax Records in 1972.