A Quick Kickstarter Roundup to start 2013

It has been a long time since I’ve done a roundup of Kickstarter’s that catch my interest.  In the past I’ve done a long roundup of many Kickstarter’s including one’s that I could’nt invest in because of lack of funds.  If I could I’d invest in over 50 Kickstarters a month, even with the risk of not seeing a project fufilled (an article forthcoming shortly will be all about my Kickstarter history).  This time around there’s just three Kickstarter’s here.  Three projects I felt were too awesome not to open my wallet as well as marketing, pushing, prodding, supporting skills for.  One music project, one comics project and one products/branding project.  They all have their charm and are worth checking out. 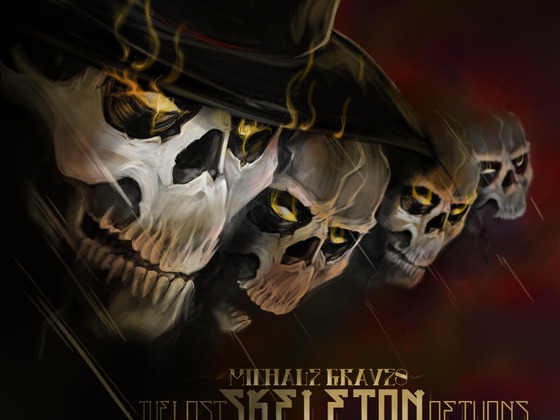 I am one of those rare birds who sometimes like bands with their second frontman more than their first. Not usually, but in two specific cases this is a fact and coincidentally the two bands where this is a fact came together in my life in an unexpected way. The first is ANTHRAX, I never got into them until Sound of White Noise with John Bush on vocals. The second would be The Misfits when Michale Graves joined. The only Misfits albums I own are American Psycho and Famous Monsters… and those are on cassette! Now for the fun part, when I went to see Anthrax during their The Threat Is Real Tour, Michale took the stage with them. All of that has nothing to do with this Kickstarter, but it does. Michale wants to make brand new versions of many of the songs he wrote with The Misfits as Skele-Crow and I assume some of the ones he developed with Graves, the band he had with Misfits Dr. Chud. Not just re-recordings though, but new explorations with what he’s learned musically over the last fifteen years. I missed out on Michale Graves first new major solo project last year, I don’t want to miss out on this one. I know that there has to be more fans out there of the Graves version of Misfits who would be excited to hear Michale bring it back, re-birthed, refurbished and well, let that lost skeleton return. 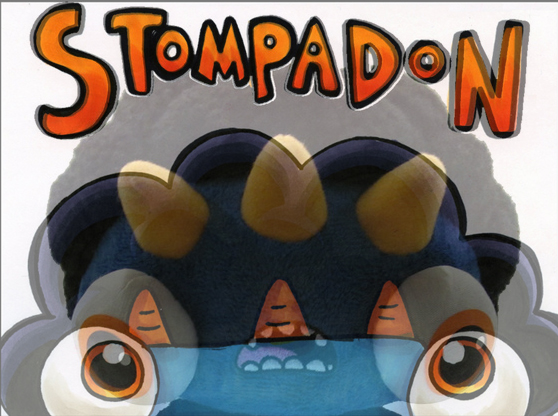 This is one of the cutest characters I’ve seen in like forever. Artist Kelsey Wailes has created something that is just truly charming and has so much life in Stompadon. The work she’s already finished for the Children’s book is amazing, the art for the print is mind dazzling and shows she can do realistically grotesque as well as super cute and the prototype for the plushie is just so awesome that despite myself and already owning more than enough plushies and cuties I can’t resist. He actually will go well sitting next to my handmade Carl from Marcos Perez. What really pushed me over the edge is the actual complete preview of the children’s book. Once seeing it I realized this is something I want to own for myself and for my future children or any future children who might be in my life. I’m sure even my nieces would love these up to even my age, because they’re the kind of girls who will always love cute, but weird… but I can’t buy 4 of these things as much as I want to! You can though, buy as many as you can and make this thing happen! 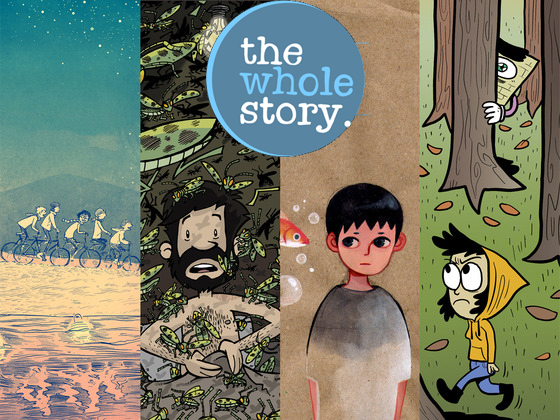 The first digital collection of comics called The Whole Story  totally grabbed my attention with its stories from Box Brown, translated Korean Comics re-envisioned by some amazing indie comics talents and the fully realized version of Ryan Estrada’s non winning Zuda comic The Kind (here’s a PDF file that previews what that first collection had) . This time around he’s brought the concept to Kickstarter to really help build the brand and the company. At over 500% there’s no reason to not pledge for this one and if it gets to those stretch goals or near them, I am damn near proud to up my pledge to get a print edition of The Kind, etc. The new batch features comics by KC Green, Ryan Andrews and of course Ryan Estrada. You’re doing yourself a disservice if you don’t at least do the $1 for some awesome comics not available anywhere else.

This entry was posted in Kickstarter and tagged kickstarter, michale graves, stompadon, the whole story. Bookmark the permalink.